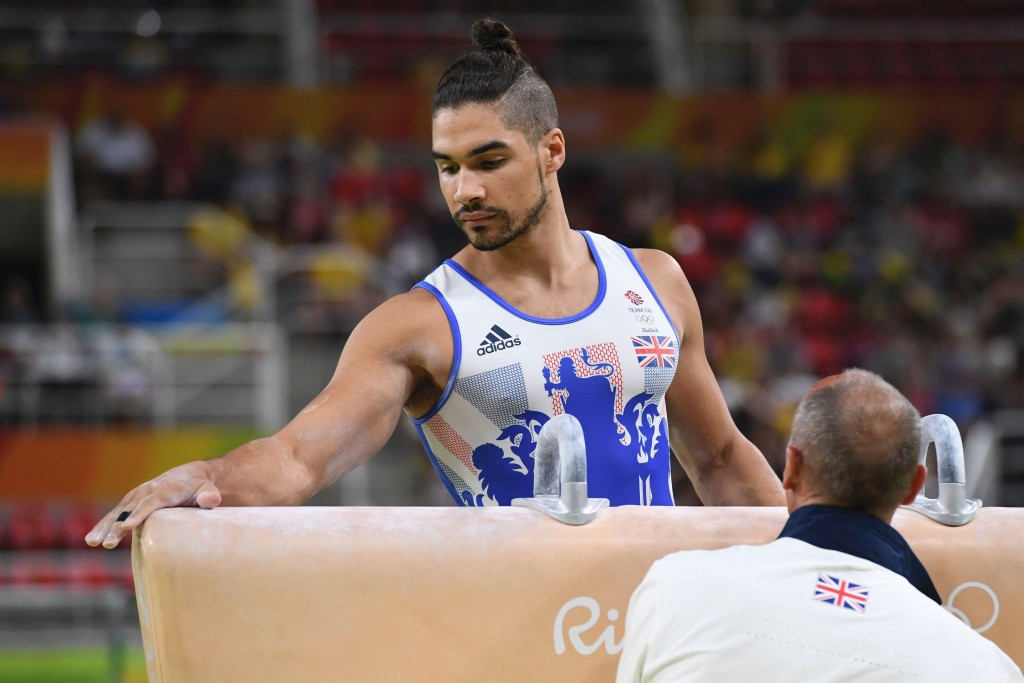 Four-time Olympic medallist Louis Smith has been handed a two month suspension by British Gymnastics after a video surfaced online which appeared to show him mocking Islam.

The 27-year-old was recorded with fellow gymnast Luke Carson in the video, which surfaced online earlier this month.

Carson, forced to retire after the 2014 Commonwealth Games in Glasgow following a long battle against injury, is shown taking a large rug off the wall before shouting "Allahu Akbar" and recreating a praying pose.

The Islamic phrase means "God is the greatest" in Arabic.

The incident allegedly took place at the wedding reception of gymnast Dan Keatings at the Kettering Park Hotel in Northamptonshire.

An investigation was launched by British Gymnastics into the alleged breach of their Standards of Conduct.

Both gymnasts admitted the breach to separate independent panels, with the Carson handed a reprimand, which will remain on his record for two years, having been involved in no prior incidents.

Smith, who had apologised for his “thoughtless actions”, has received a two month sanction after having previously breached the Standards of Conduct.

In April, Smith issued an apology after criticising judges at the British Championships in Liverpool, after missing out to Max Whitlock in the pommel horse.

“It is regrettable that following a historic summer of achievement, the organisation finds itself in this difficult position with two high profile members in breach of our standards of conduct,” said Jane Allen, British Gymnastics chief executive.

“As the custodians of the integrity and values of the sport, we have had no choice but to act responsibly and refer this case to an independent Panel for their review and determination.

“Whilst both individuals showed remorse following the incident, we hope in the future they use their profile to have a positive impact on sport and communities.”

Smith is one of Britain’s most recognised gymnasts and earned pommel horse silver and team bronze at London 2012, in addition to his Rio 206 silver.

After London 2012 Smith was the winner of the popular BBC entertainment show Strictly Come Dancing.

His sanction will prevent him from benefiting from British Gymnastics membership status, prohibiting him from participate in any of their regulated activity, including International Gymnastics Federation (FIG) events.