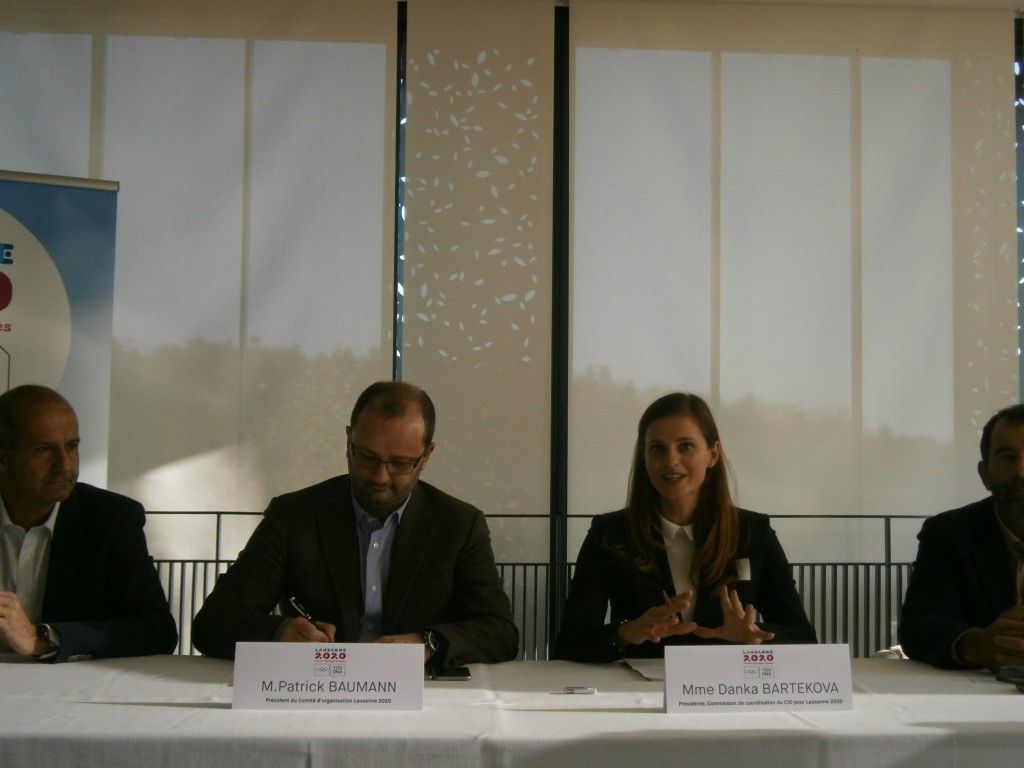 Danka Bartekova asserted that the International Olympic Committee's (IOC) Coordination Commission were "very impressed" by the progress made by Lausanne 2020 after conducting their first visit to the Winter Youth Olympic Games host city.

The Commission, headed by the Slovakian shooter, held two days of discussions with organisers having also attended the Lillehammer 2016 debriefing here earlier this week.

Lausanne 2020 officials were also joined by key stakeholders, including various levels of Government, the Swiss National Olympic Committee and public authorities from the Swiss and French hosts throughout the first Commission meeting.

Discussions primarily focused on Lausanne 2020’s Games Foundation Plan, with the aim of finalising the project.

The plan includes the use of existing venues and the host city aims to draw upon expertise in both Switzerland and neighbouring France, where some events will be held.

"I have to speak on behalf of the Commission, we are very impressed by the progress made by Lausanne 2020 since July 2015, when they were awarded the Games," said Bartekova.

"We feel Lausanne as a team are really inspired and that there is a lot of enthusiasm and passion.

"We saw really exciting plans of Lausanne 2020 to engage local educational institutions such as the University of Lausanne, the polytechnic university and also the Ecole Hôtelière.

"These are great institutions that Lausanne will be able to benefit from.

"Lausanne is a young and vibrant city, and I advise you to harness this and involve young people in every step of organising the Games."

Among the plans for the Games are a Youth Olympic Village at a previously planned city construction which will become student accommodation for Lausanne University's campus.

A new ice hockey stadium will be built in the heart of the city, which is scheduled to be delivered in time for use at the Games.

Lausanne 2020 say they have made strides to recruit a "core team", with an average age under 30, while also appointing a youth and athlete council to provide guidance on sport, education and innovation.

Their culture and education programme for the Games aims to engage 35,000 local students in fields of research and volunteering.

"These are fascinating times for the Youth Olympic Games," said Patrick Baumann, the Lausanne 2020 President who is also the President of SportAccord.

"Switzerland is a strong winter sports nation and has everything it needs to organise fantastic Games.

"So our work now focuses on putting all these skills together to deliver not only a great event in 2020, but also one that can also push some of the innovations presented by the IOC at its last Session for the future of the Games.

"The excitement and anticipation that I see here around the project show that the future of the Youth Olympic Games is bright."

Baumann highlighted the meeting as key to establishing important priorities for Lausanne 2020 in the coming months, including determining the events which will be contested at the Games.

Around 95 per cent of the disciplines are decided, Baumann claimed, with key discussions set to continue at the International Federation (IF) Forum in two weeks’ time.

Baumann also expressed his desire to spread sport across Lausanne during the Games, while he indicated the transport system could be used to provide educational opportunities while athletes and spectators travel to events.

The third edition of the Winter Youth Olympic Games is scheduled to take place between January 10 and 19 in 2020.