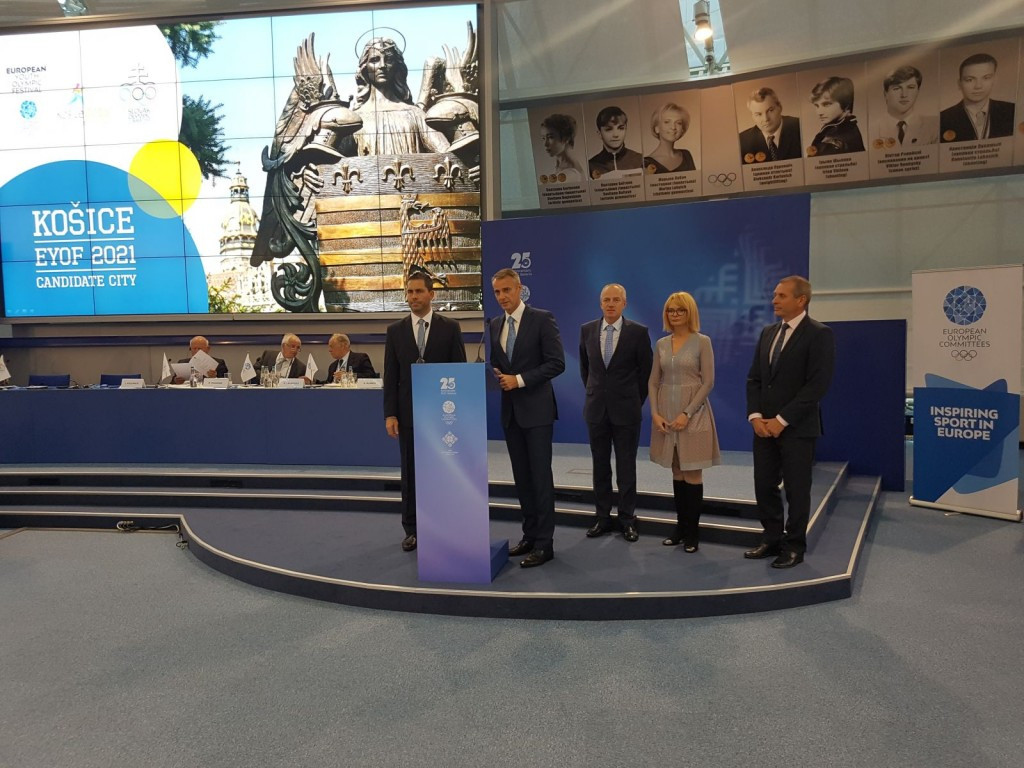 Vuokatti in Finland and Košice in Slovakia were awarded the winter and summer editions of the 2021 European Youth Olympic Festival (EYOF) here today.

Both cities were the only bidders for their respective events and were voted unanimously at the 45th edition of the European Olympic Committees (EOC) General Assembly.

The Winter EYOF will mark the 20th anniversary of the last occasion that Vuokatti, a popular skiing resort, hosted the event.

The Summer EYOF will be the first occasion that Slovakia has hosted the Summer EYOF event, but they did hold the Winter edition at Poprad-Tatry in 1999.

About 1,000 athletes from 45 countries are expected to compete in Vuokatti.

"The organisation of such a major event for Finland is very valuable and it is great opportunity to provide young Europeans with our great winter sports scenery in Vuokatti," said Susanna Rahkamo, the vice-president of the Finnish Olympic Committee, who led the presentation.

"One of the main theme of the EYOF will to create it together with young people, to involve them in roles of responsibility from an early stage."

Vuokatti will be the 15th edition of the Winter EYOF since it was held for the first time in Aosta in Italy in 1993.

Last year's Winter EYOF was held jointly in Vorarlberg in Austria and Vaduz in Liechtenstein.

The 2017 Winter EYOF is scheduled to be held in Erzurum in Turkey and the 2019 event in Sarajevo and East Sarajevo in Bosnia and Herzegovina.

In sport, though, it is probably best known for staging the oldest annual marathon in Europe and the third oldest in the entire world after the Boston Marathon and the Yonkers Marathon.

A total of 3,000 athletes from all 50 members of the EOC are expected to take part in Košice 2021, the biggest summer multi-sport event ever held in Slovakia.

"Košice is the European City of Sport 2016 and to host the EYOF in 2021 is a great honour for us," said the city's Mayor Richard Raši.

"We have five years to have everything prepared so that our city can be highlighted on the sports map of Europe.

"Slovakia has never hosted such a large summer multi-sport event but I believe that through the European Youth Olympic Festival we can get young people to sport so it becomes a part of of everyday life for our children."

Košice will be the 16th edition of the Summer EYOF, the idea of former EOC President Jacques Rogge before he became head of the International Olympic Committee.

The first event took place in Brussels in 1991.

The 2015 Summer EYOF was held in Tbilisi in Georgia.

The 2017 event is due to take place in Győr in Hungary.

Minsk is scheduled to host the 2019 Summer EYOF but that will probably be changed after the Belarus capital was today awarded the European Games in that year.