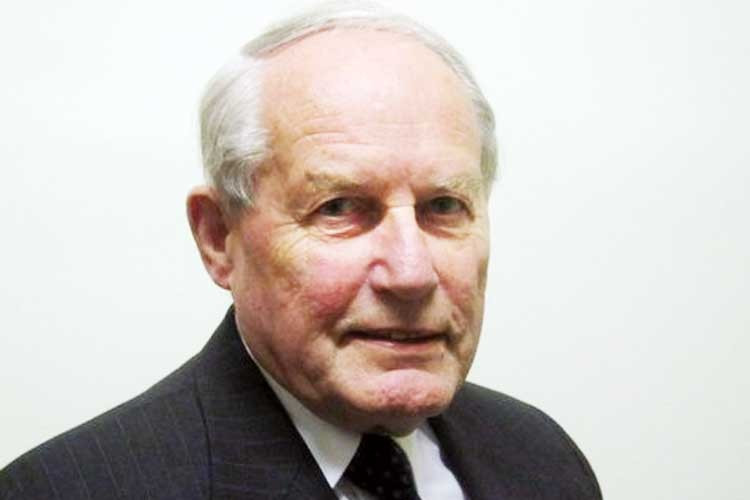 Brian Everett has succeeded Alan Sommerville as President of British Gymnastics ahead of the worldwide governing body’s 81st Congress here next week, it has been announced.

Everett, who was named a Member of the Most Excellent Order of the British Empire (MBE) for military operations in the Middle East in 1972, takes over from Sommerville, who retired with immediate effect in March.

He had been serving as interim President following Sommerville’s departure and has now been confirmed as the new head of the organisation.

Everett has over half a century of experience in a variety of senior positions.

His career began with the Royal Air Force (RAF) in the 1950s, before he went on to become escort officer to the British Prime Minister and Foreign Secretary, accompanying them on a number of overseas visits through to the late 1970s.

Everett left the RAF as a wing commander in 1985 and then opted to pursue a career in the private sector.

The Briton worked for the likes of the City of Westminster and the Capital Group, a group of companies involved in design, implementation and operation of city centre parking schemes throughout Europe.

Everett then held positions with the London Bus Services, where he was a key cog in the privatisation of buses in the city, and was a director at London River Services.

“We welcome Brian into the role who has a breath-taking record of achievements and experiences in management that spans over 50 years across a variety of areas,” a British Gymnastics statement read.

“Brian has extensive experience in the world of gymnastics having been a gymnastics club chairman, a coach, judge, member of the England Gymnastics Association and Chairman of the North of England and we are excited to welcome him into his new role.”

Everett will be tasked with leading the governing body following an unprecedented period of success for British Gymnastics, which included Max Whitlock winning the country's first-ever gold medal in the sport at the Olympic Games in Rio de Janeiro.

The announcement comes less than a week before the members of the International Gymnastics Federation (FIG) Congress gather here to elect a new President.

European Gymnastics Federation President Georges Guelzec of France and Japanese Gymnastics Association secretary general Morinari Watanabe, also a member of the FIG Executive Committee, are the two challengers in the race for the top job at the FIG.

The victor will replace the retiring Bruno Grandi, FIG President since 1996.