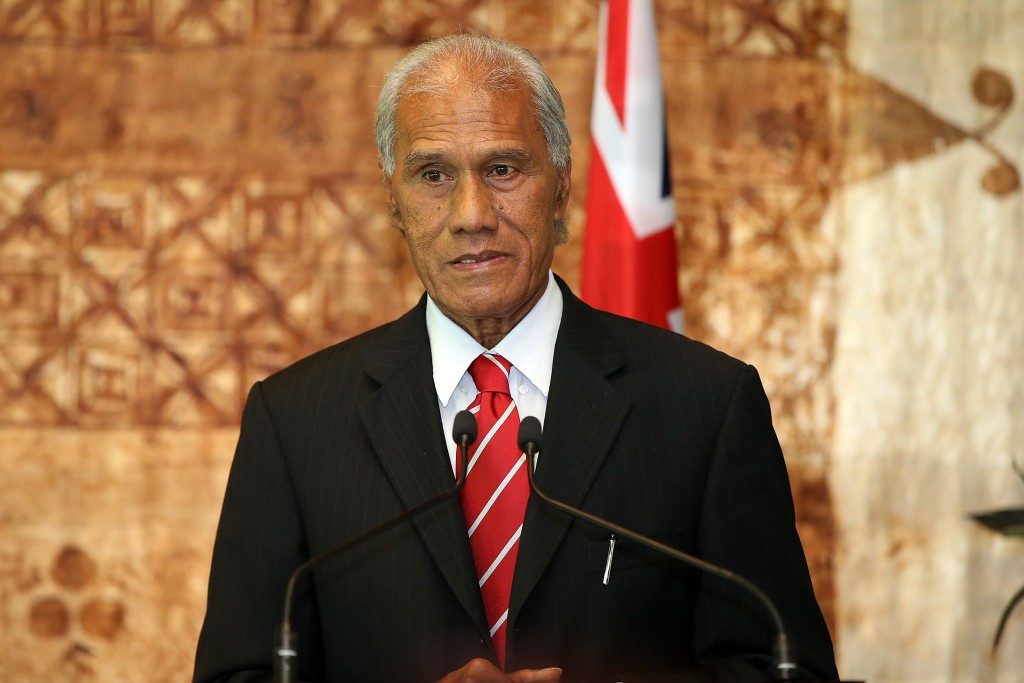 Pacific Games Council (PGC) President Vidhya Lakhan has reiterated his support for Tonga hosting the 2019 Pacific Games after Prime Minister ʻAkilisi Pōhiva cast further doubts on whether his country will be able to stage the event.

Pohiva warned a number of construction projects for the Games are unlikely to meet their deadlines.

Matangi Tonga Online has reported Pohiva told the nation’s Parliament that a piece of land to build an 18-hole golf course had not yet been found.

It would then take four years to get the facility ready, the Prime Minister said, raising fears as to whether Tonga would construct the course in time for the Games.

Pohiva also claimed renovation work at the Teufaiva Sport Stadium in the country’s capital Nukuʻalofa and the building of new facilities at the Tonga High School would not be completed by May 2017 as had been promised.

“It is not going to happen by May,” he said.

In a statement, the PGC dismissed fears over the golf course as they stressed at “no stage” had they requested the existing nine-hole course be upgraded to an 18-hole facility.

“The PGC will continue to work cooperatively with the Tongan Government to ensure that the Games venue requirements are affordable and to ensure that the budget of the Games Organising Committee remains modest, but nevertheless capable of supporting a successful Pacific Games,” the PGC statement read.

Lakhan also urged the Government to press ahead with their current plans while stressing the need for co-operation between Pohiva and the Organising Committee led by former Prime Minister Feleti Sevele.

Pohiva and Sevele have continually clashed in recent months, with their ongoing row overshadowing preparations for the Games.

Sevele rubbished the suggestions made by Pohiva in the latest installment of their feud, telling him to stop interfering with the Games.

The Organising Committe chief blamed Tongan officials for the delay in the rebuilding of the 10,000-capacity Teufaiva Sport Stadium underway in March, claiming they had promised to start work in March but nothing had yet been done.

Sevele, a former Prime Minister of Tonga, was sacked by the Government in May but the PGC claimed they did not have the authority to make such a change.

According to the PGC’s Constitution, only the Organising Committee, the Tonga Sports Association and National Olympic Committee, who are the PGC’s member in the country, and the PGC itself have the power to hire and fire people within Tonga 2019.

Pohiva had insisted in June that they would continue the search for a replacement chairman.

This came amid a threat from the PGC that they would strip Tonga of the event if the furore continued.

Despite the row, Sevele remains the chairman of the Organising Committee.

"The Tongan Pacific Games Association, its 2019 Games Organising Committee, many members of the Tongan Government and Parliament, and most importantly the Tongan people, all expect that the Games will happen in Tonga in 2019 and that they will be hosted successfully, befitting Tonga’s proud sporting history.

“I urge the Government to fully get behind the Games and move forward with the exciting plans they have developed to build the facilities and deliver the Games in conjunction with the Tonga 2019 Pacific Games Organising Committee."

Financial fears have also been ever-present since the nation was awarded the event in 2012.

Last July, Tonga Chamber of Commerce President John Chapman urged the Government to pull out of hosting of the 2019 Pacific Games amid growing fears over how they will be financed.

The 2019 Games are set to be the first ever edition of the event staged by Tonga, a Polynesian kingdom of more than 170 South Pacific islands.