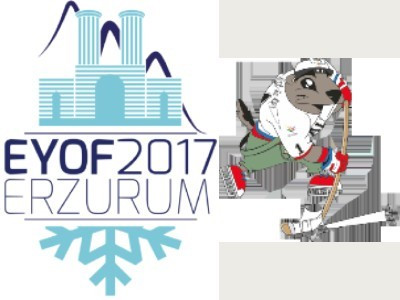 The European Olympic Committees (EOC) is set to launch an education project targeted towards the teams preparing for the 2017 Winter European Youth Olympic Festival (EYOF) in Turkish city Erzurum.

The aim of this project is to strengthen Olympic values in line with Olympic Agenda 2020, the strategic roadmap for the future of the Olympic Movement.

The project is due to be implemented in two steps with each National Olympic Committee (NOC) firstly choosing an athlete ambassador who will be educated online by the EOC Olympic Culture and Legacy Commission, jointly with the EOC Athletes' Commission.

The ambassadors will then educate their own participating athletes prior to their journey to the EYOF.

The process is designed to help tackle language barriers and ensure that all participating athletes have a discussion partner that is close by, and who they can talk with easily and understand.

An NOC’s chosen ambassador will need good English and human skills, according to the EOC, which has a preference for those athletes that have been Youth Olympic Games ambassadors in the past.

NOCs have until October 14 to send in the name of their ambassador, who will be greeted by the EOC Olympic Culture and Legacy Commission and invited to a Facebook group.

Virtual education is scheduled to take place on December 8, when the ambassadors will be given guidance on the use of some facilitation tools in order to help discussions.

After the virtual education session, the ambassadors will be encouraged to schedule discussions with the teams.

The same procedure will apply for the pilot education project of the 2017 Summer EYOF, which is due to be held in Hungarian city Győr from July 23 to 30.

The names of future ambassadors should be sent to the EOC's headquarters by March 30.

A deal was signed in Prague last November for Erzurum to host the 2017 Winter EYOF, two years earlier than originally planned.

The city had been awarded the 2019 Winter EYOF but swapped with Sarajevo and East Sarajevo which were struggling to get ready in time.

The agreement was officially signed at the 44th EOC General Assembly.

Sarajevo and East Sarajevo had been awarded the 2017 Winter EYOF at the 2013 General Assembly in Rome, while Erzurum had won their bid at the 2015 meeting in Baku.

Erzurum already have many of the facilities in place after hosting the 2011 Winter Universiade when 1,800 athletes from more than 50 countries competed.

The EYOF is a top multi-sport competition, with winter and summer editions held biennially across Europe.