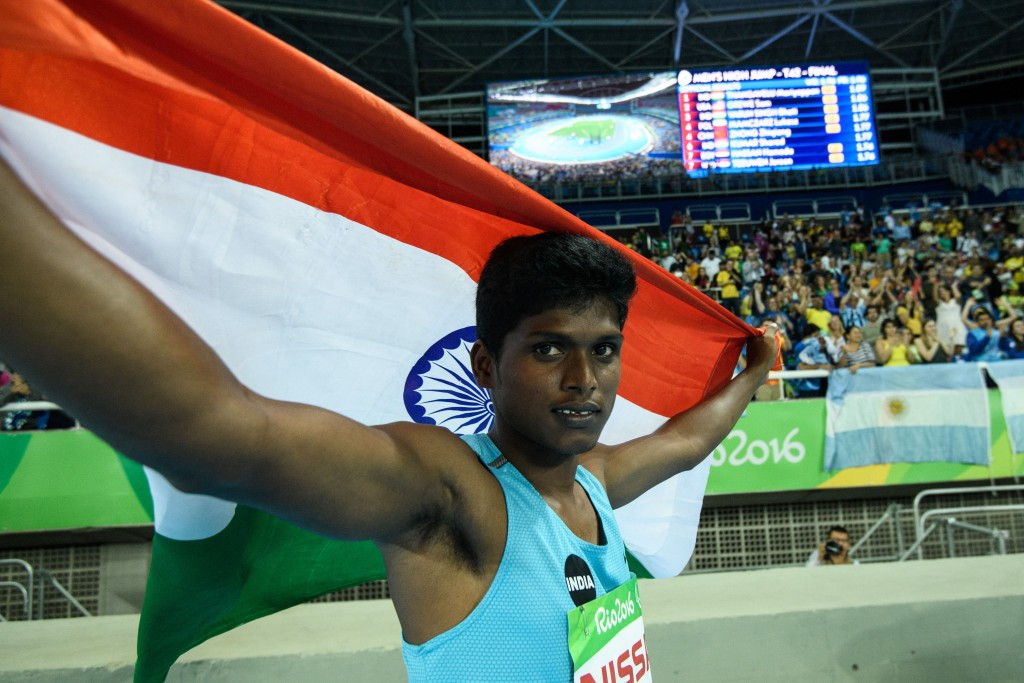 The Indian Government has announced that cash rewards will be given to the country's Rio 2016 Paralympic Games medal winners.

Thawaarchand Gehlot, the Minister of Social Justice and Empowerment, said that the financial rewards are being given as part of the "Awareness Generation and Publicity" (AGP) scheme.

"Indian Para-athletes won an impressive four medals at the Rio Paralympics 2016 and made history," said Gehlot.

"The success of Para-athletes has made India proud and as a result we have decided to award cash prizes to medal winners."

India's previous best haul was two silvers and two bronzes at the 1984 Games in New York City and Stoke Mandeville.

Thangavelu produced an effort of 1.89 metres to secure the gold medal in the men's high jump T42, while Bhati jumped his personal best of 1.86m to win bronze in the same competition.

Devendra clinched gold in the men's javelin throw F46, while Malik won silver in the women's shot put F53 to become the first ever Indian woman to win a medal at the Paralympic Games.

This follows the news that Paralympic athletes will be eligible for India's Rajiv Gandhi Khel Ratna award in future after being overlooked for this year's prize.

Rio 2016 Olympic medallists PV Sindhu and Sakshi Malik were among four recipients of the 2016 accolade, the highest sporting honour in India.

Gymnast Dipa Karmakar and shooter Jitu Rai were also honoured during a ceremony in New Delhi, but the quartet of Indians who won medals at the Paralympic Games were not considered, sparking controversy.

Following widespread criticism for failing to honour Para-athletes, Indian Sports Minister Vijay Goel promised, during a celebratory dinner, that they would definitely be in the running for future editions of the prestigious sports award.