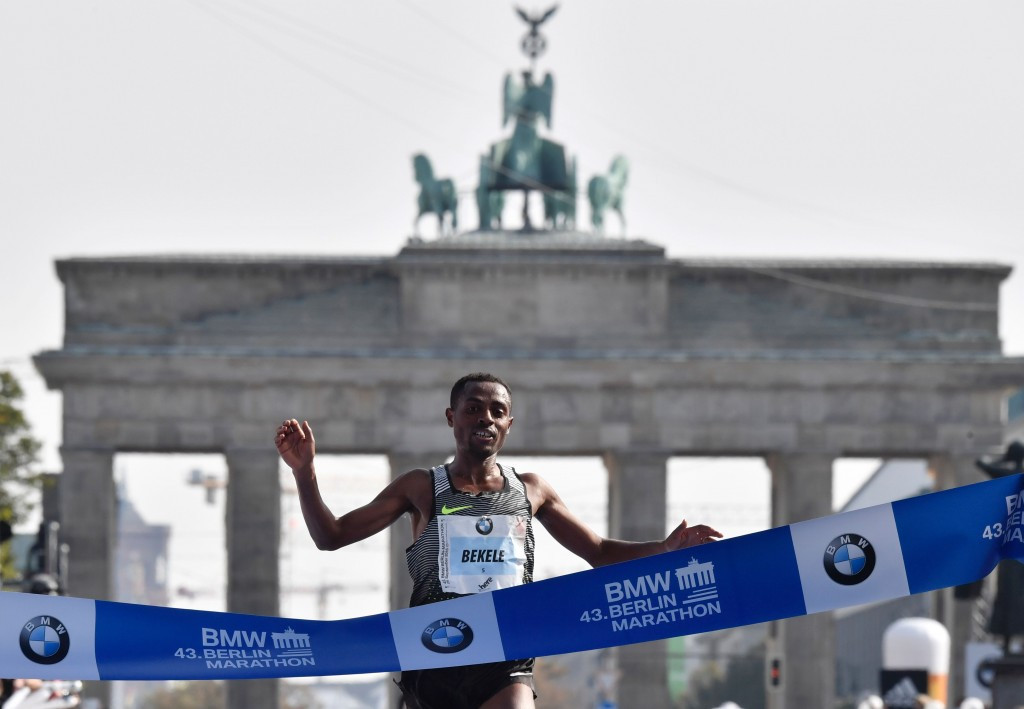 Ethiopia's Kenenisa Bekele won the Berlin Marathon today with the second quickest time in history but was left disappointed that he did not add another world record to his collection.

The triple Olympic gold medallist is already the fastest man in history in both the 5,000 and 10,000 metres but had targeted the 26.2 miles mark as well on the lightning-quick course around Germany's capital.

The last six world records in the marathon have all been set at the Berlin Marathon but Bekele had to make do with a time of 2 hours 03min 03sec, which still broke the Ethiopian record held by legendary double Olympic champion Haile Gebrselassie.

He narrowly missed the global mark of 2:02:57 set by Kenya's Dennis Kimetto, winner of the race in 2014, with his victory today coming after a fine duel with Kenya's former world record holder Wilson Kipsang, who ran the fourth quickest race ever.

Kipsang had also targeted the world record before the race and took 10 seconds off his personal best to finish second in 2:03:13.

"I wanted to run my personal best here," the 34-year-old Bekele, wcontroversially not selected to compete at the Olympics in Rio de Janeiro after missing Ethiopia's qualifying criteria, said.

"The time was fantastic but I was disappointed I missed the world record."

"I was hoping we could run a world record but to run a personal best is good.

"We ran a good race together.

"Even though he just missed it, he will run it another day."

In the women's race, Aberu Kebede made it a double for Ethiopia after triumphing in the World Marathon Major for a third time.

She led home a clean sweep of the podium for her country in dominant fashion, clocking 2:20:45 to finish more than three minutes ahead of Birhane Dibaba, who crossed in 2:23:58.

Kebede went alone from halfway, gradually extending her advantage to the finish.