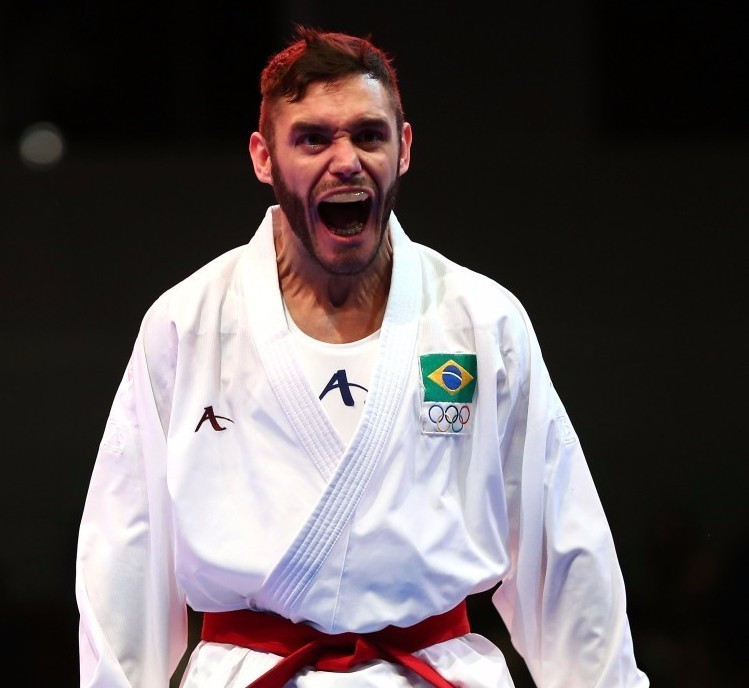 Brazil's Douglas Brose is on course for back-to-back Karate1 Premier League titles after battling into the under 60kg kumite final at the Sporthalle Hamburg.

The world champion was victorious in front of a home crowd in Fortaleza last Saturday (September 17) and looks in ominous form in the German city, with finals due to take place in all of the weight classes tomorrow.

Through to face him for gold is Azerbaijan's Firdovsi Farzaliyev, who will look to upset an opponent who also has the Pan American Games title in his collection.

The Japanese karateka caused another shock in this division when he defeated Azerbaijan's Rafael Aghayev, the European champion, in the pool stage.

More Egyptian and Brazilian success could arrive in the men's under 67kg kumite.

Brazilian Vinicius Figueira, a silver medallist in Fortaleza, made it through to the final where he will face Egypt’s World Championships runner-up Magdy Hanafy.

At under 61kg level, Egypt's Giana Lofty breezed through all of her bouts and will attempt to win her third gold of the season against Chile's Fortaleza runner-up Javiera Gonzalez.

French world champion Alizee Agier was eliminated in the under 68kg kumite pool stage, with the final pitting American Cheryl Murphy against Iryna Zaretska of Azerbaijan.

At the Karate1 Premier League in Austrian city Salzburg, it was the South American who claimed a disputed victory.