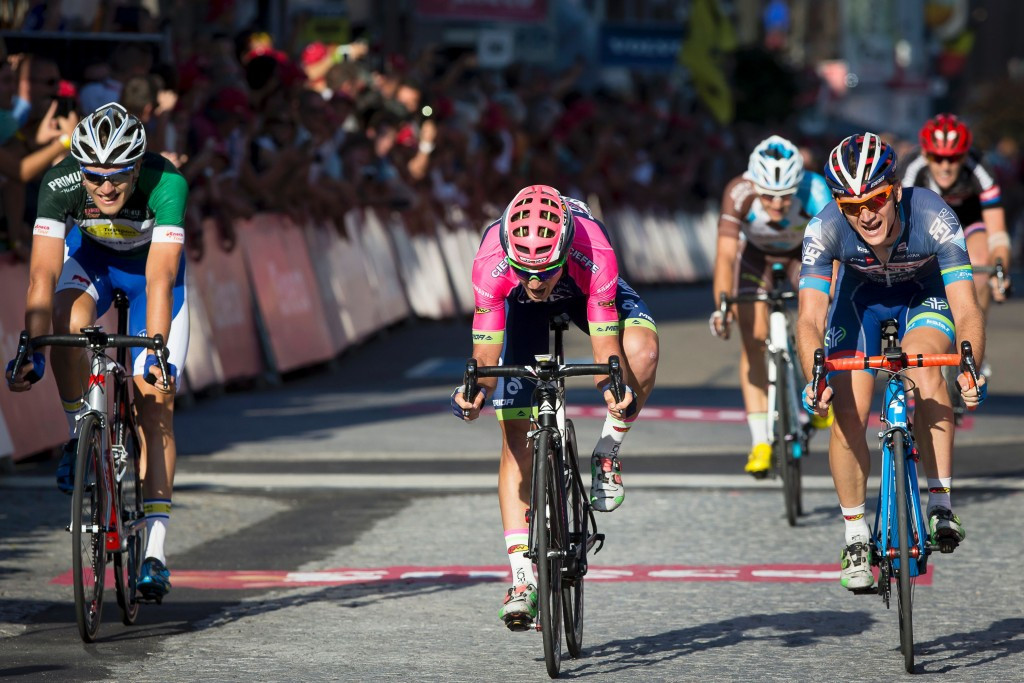 Slovenian Luka Pibernik won the penultimate stage of the Eneco Tour as Australian Rohan Dennis retained the overall lead ahead of the race's conclusion tomorrow.

Pibernik won the sixth stage of the race, which took the peloton on a 197.2 kilometres route between Riemst and Lanaken in Belgium after triumphing in a sprint from a five-man breakaway group.

The Lampre-Merida rider clocked a winning time of 4 hours 28min 45sec to pip Britain's Mark McNally of Wanty-Groupe Gobert, who had to settle for second.

Belgium's Bert Van Lerberghe was third for Topsport Vlaanderen-Baloise on his home roads with fourth place Alexis Gougeard of France and fifth place American Chad Haga, of Ag2r and Giant-Alpecin respectively, also in the breakaway group which finished on the same time.

The peloton, including Dennis, came home five seconds later after being unable to reel in the break.

"I never thought we would make it to the finish," Pibernik said.

"This is a great victory.

"The team leader said I should go in the attack today.

"That's what I did with just one goal, make it to the finish as fast as possible."

Pibernik added: "It doesn't happen often that the breakaway manages to go all the way, but with one kilometre to go I figured we would make it.

"Then I saved my energy, chose the wheel of Gougeard and gave everything I had with 200 metres to go."

BMC Racing's Dennis has a 16 second lead over American team-mate Taylor Phinney in the general classification, with an overall time of 18:09:37

The Australian was pleased that Sagan, the world and European road race champion, did not gain any bonus seconds using the Eneco Tour's golden kilometre rule, which allows the possibility of gaining time on three intermediate sprints.

"We could let the breakway go and it was important that Peter Sagan didn't take any seconds," said Dennis, who remains in the leader's white jersey.

The International Cycling Union (UCI) World Tour race is due to conclude tomorrow with a 197.8km journey from Bornem to Geraardsbergen.