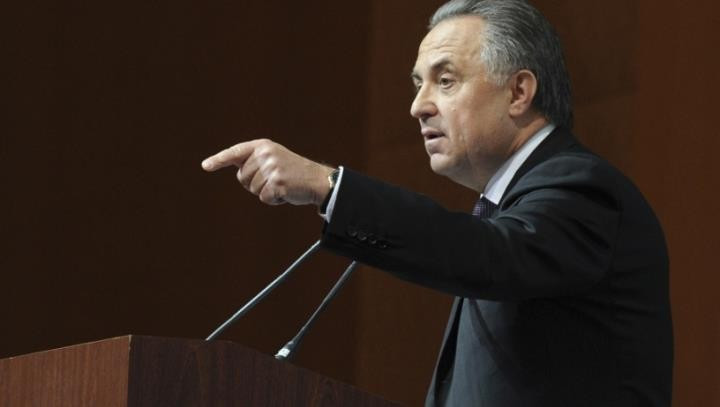 Vitaly Mutko has been elected for a new four-year term as President of the Russian Football Union (RFU).

Mutko, a member of world governing body FIFA’s ruling Council, received the backing of the Council of Russia’s Professional Football League and will now play a key role with the World Cup being hosted by the country in 2018.

He had been in the post since 2015 after Nikita Simonyan was removed in a no-confidence vote following concerns about the organisation's finances.

Mutko, a close friend of Russian President Vladimir Putin, previously served in the role between 2005 and 2009, but left after a Government rule prevented officials from holding major roles in sporting bodies.

An exception was made to the rule to enable Mutko to replace Simonyan.

"It was not an easy decision for me to decide to run for the presidency again," Mutko said at the conference in Moscow, as reported by Reuters.

"You know the situation in Russian football is difficult as we are experiencing certain problems.

"This is a crisis or a coma - everyone has their own thoughts.

"It is impossible not to see the fact that Russian football has huge potential and possibilities, but these are not being realised.

"Last year was very difficult for me.

"However, in a short space of time, we managed to consolidate things and started to move forward."

Mutko will also serve as the chairman of the Organising Committee for the 2018 World Cup, but his candidacy has been questioned as he has held his Sports Minister role amid the wider state-sponsored doping allegations that have embroiled Russia.

He has served as an outspoken voice against punishments that have been issued against the country, such as the bans handed out by the International Association of Athletics Federations and the International Paralympic Committee.

Allegations that he prevented the reporting of a positive drugs test from a top-flight footballer in the country were also made in a documentary from broadcasters ARD/WDR, entitled: The Secret World of Doping: Showdown for Russia.

The fourth edition of the explosive series produced by Hajo Seppelt, Florian Riese Wieck and Felix Becker, the first programme of which proved the catalyst in the doping scandal, accuses Mutko of covering up a doping offence made by a footballer who plays for FC Krasnodar.

The allegations has been denied.

Russia's National Coaches Union had claimed that Mutko should not be allowed to stand due to FIFA rules on political interference.

The governing body seemed to rule his candidacy was legal, however, with a spokesman telling insidethegames: "Generally speaking, we do not see an issue as long as the conflict of interest rules of the FIFA Code of Ethics are respected."

On the pitch, Russia suffered a group stage exit at this summer's European Championships in France with talk dominated by the behaviour of their fans who stormed the England end of the ground during the 1-1 draw between the sides in Marseille.

That led to Russia receiving a suspended disqualification from European governing body UEFA.

The country has also had to pay off the large salary of sacked manager Fabio Capello, who left his post in July 2015.