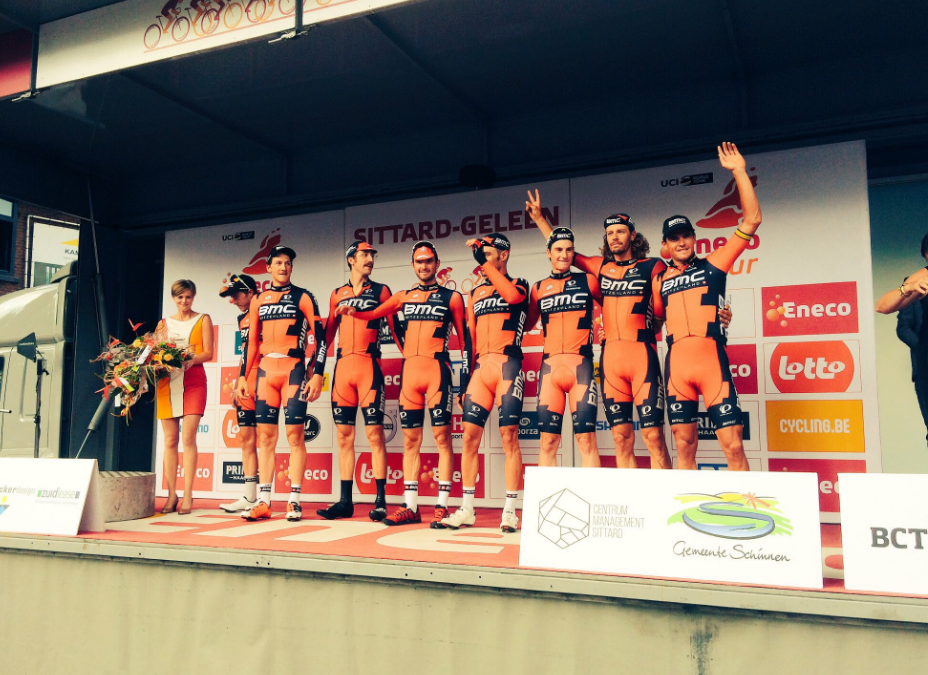 The American team clocked 23min 11sec after negotiating the 20.9 kilometre course which started and finished in Sittard-Geleen in The Netherlands.

Sagan's Tinkoff team only finished eighth in the team time trial, however, after clocking 23:45.

It means that the Slovakian has slipped to fourth overall, with 26-year-old Dennis, the stage two winner, boasting an overall time of 13hr 40min 47sec at the top of the general classification.

That is 16 seconds quicker than his American team-mate Taylor Phinney, who is second, with German Tony Martin of Etixx–Quick-Step third, 24 seconds adrift of the pace.

It was Etixx–Quick-Step who were second in today's time trial, clocking 23:17, while LottoNL-Jumbo rolled home third in 23:34.

"Apart from Greg Van Avermaet, this is our World Championship team," Dennis said.

"We're used to the pressure.

"We have a lot of confidence in each other, but it wasn't perfect yet, especially in the corners.

"The team will ride for me in the final weekend, but the most important thing is to have someone from BMC on the top step op the podium on Sunday.

"I've got a stressful weekend ahead, I'm not used to racing on Flemish roads."

The sixth and penultimate stage tomorrow will see the peloton travel a 197.2km route between Riemst and Lanaken.