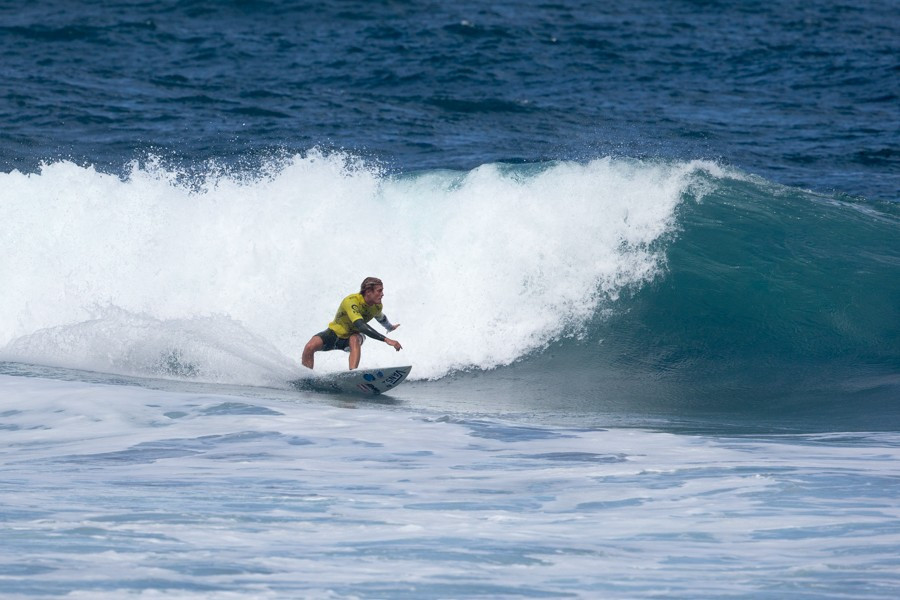 The 2016 International Surfing Association (ISA) World Junior Surfing Championships reached the halfway stage in the Azores today as the competition saw athletes continue to look for a passage back into the main event through 36 repechage heats.

As competitors started to leave the individual competition, the dominant national teams also began to emerge as the race for the team gold medal began to intensify.

Team USA, France, Hawaii, Australia and Japan are currently in the lead, with all of their competitors still in their respective competitions.

Team Portugal, Costa Rica, Brazil, Peru and Argentina sit just behind the leaders, all with one athlete eliminated.

Tuesday’s action began with the girls under-18 and under-16 repechage rounds in possibly the best waves of the week, reaching around four to five feet.

USA's Alyssa Spencer, the only athlete that remains from their gold medal winning team from last year’s edition of this event, showed her competition prowess and experience by earning the highest heat total in repechage round two with a score of 14.67 points.

Spencer advanced to round two along with Peru's Daniella Rosas Vega, who eliminated Costa Rica's Coral Wiggins and Mexico's Metzly Olmos, with a score of 9.36.

Chile's Natalia Escobar also secured her place back in the main event, winning her heat with a total of 9.90.

"This ISA World Championship has been an unforgettable experience," said Escobar.

"Each of us will remember this for our whole lives.

“In Chile we have conditions that are similar to this and we trained there all year.”

Rounding off the day’s action in the afternoon was the second main event rounds of both the under-18 and under-16 boys competitions.

Conditions began to change later in the day, however, as the predicted swell arrived, creating well-overhead and traitorous waves at Praia do Monte Verde.

Alonso Correa of Peru and USA’s Branden Jones delivered excellent performances in the older category, securing the highest scores of the round with 17.20 and 16.10, respectively.

Meanwhile, in the under 16s event, there was double success for Team USA as both Eithan Osborne and Micha Cantor won their respective heats to make it through to the main event third round.

The Championships are due to conclude on Sunday (September 25).