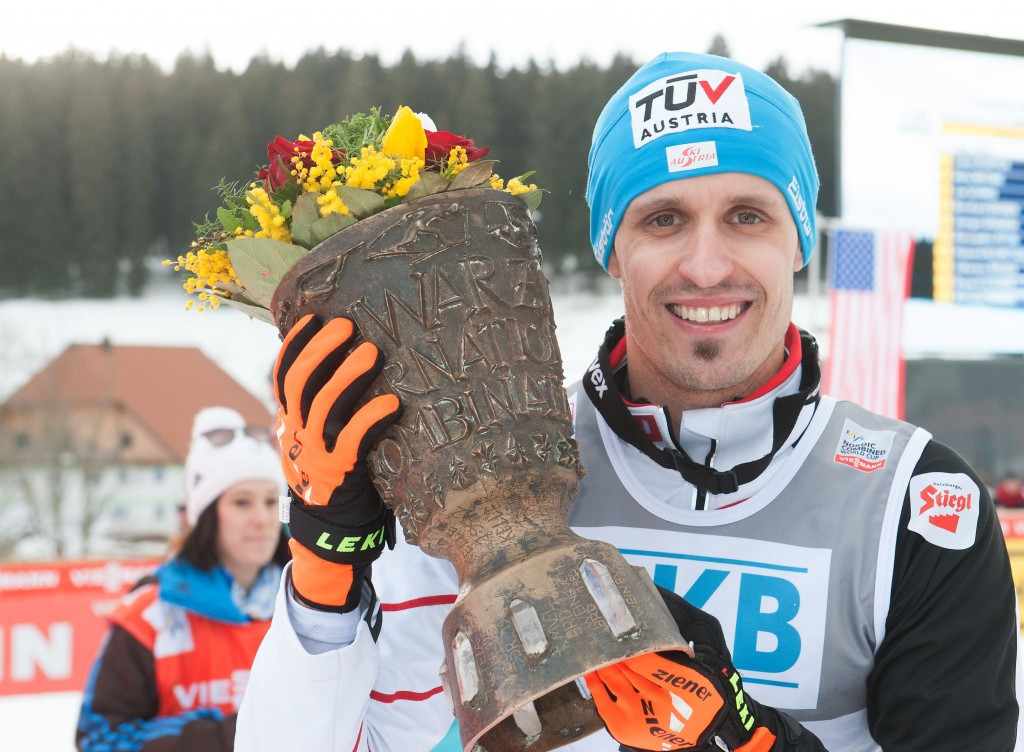 A third member of the Austrian Nordic Combined team has been sidelined with a shoulder injury.

Lukas Klapfer, an Olympic bronze medallist, fractured the clavicle in his left shoulder after a mountain biking accident and is currently being treated in a private hospital in Klagenfurt.

The 30-year-old will likely need surgery with the new International Ski Federation (FIS) World Cup season scheduled to begin in Ruka in Finland on November 26.

His injury continues an unlucky streak for the Austrian team, which included David Pommer fracturing his right clavicle in August.

Like Klapfer, Pommer also suffered his injury while cycling.

In June, Lukas Greiderer fractured his left clavicle while landing during ski jumping training in Ramsau am Dachstein.

Christoph Eugen, Austria's Nordic Combined head coach, bemoaned the circumstances that have affected his team in the build-up to the new season.

"It is a very unfortunate coincidence that two of our athletes injured their clavicle while biking," he said.

"The mountain bike is a common training method for us and such accidents can happen.

"Nevertheless, we are confident that Lukas will be able to rejoin the team quickly and will not lose too much time."

Klapfer, a member of the bronze medal winning 4x5 kilometres relay team at the Sochi 2014 Olympics, was the second best performing Austrian during the last World Cup season.

He claimed bronze medals twice, with the first arriving in Norway's 1994 Winter Olympic host Lillehammer at the second event of the season on December 6.

His second third place finish came at the last competition of the season in Schonach in Germany on March 6.

He finished ninth in the overall World Cup standings with compatriot Bernhard Gruber the top Austrian in seventh.

Austria finished third on the Nations Cup leaderboard behind Norway and winners Germany.