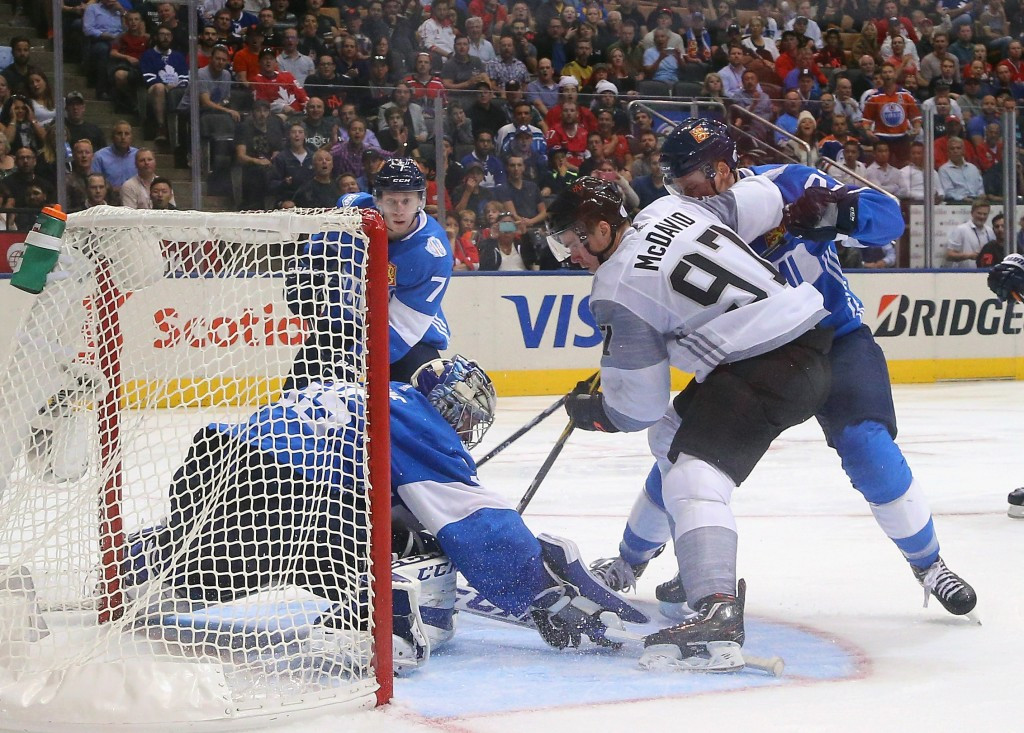 The North America select team stunned Finland with a 4-1 victory on the second day of the World Cup of Hockey in Canadian city Toronto.

The combined side - featuring under-23 players who have not been selected by the American and Canadian sides taking part - proved to be far too strong for a country ranked number three in the world.

Finland have won the International Ice Hockey Federation (IIHF) World Championships twice and have won six Olympic medals, but they fell behind in the Group B clash when Jack Eichel netted after five minutes.

That gave the North Americans a 1-0 lead at the end of the first period, and they then turned the screw with Johnny Gaudreau and Jonathan Drouin netting in the middle stanza.

Nathan McKinnon made it 4-0 in the third period before Finland's Valtteri Filppula scored a consolation for his country.

"I think we're a fast speed, skilled team and hopefully we can keep proving people we belong here.''

Finland coach Lauri Marjamaki admitted that his side had been beaten by the better team.

''The second period was a cold shower for us,'' he said.

''They got better, they won every battle, they skate hard, they are so impressive.

The victory for North America comes after the other select team in the tournament - representing Europe - shocked the United States with a 3-0 victory on day one in Group A yesterday.

The tournament is hosted for the first time in 12 years by the National Hockey League (NHL), the world's premier club competition, which means a host of top stars are appearing.

This can contrast with IIHF events such as the Olympics which have well documented problems attracting the world's best players.

In the second Group B match today at the Air Canada Centre, Russia fell to a 2-1 defeat against Sweden.

Gabriel Landeskog scored on the powerplay for Sweden in the second period and defenseman Victor Hedman added a second less than three minutes later to put Sweden in control.

However, officials ruled out the goal due to use of the hand.