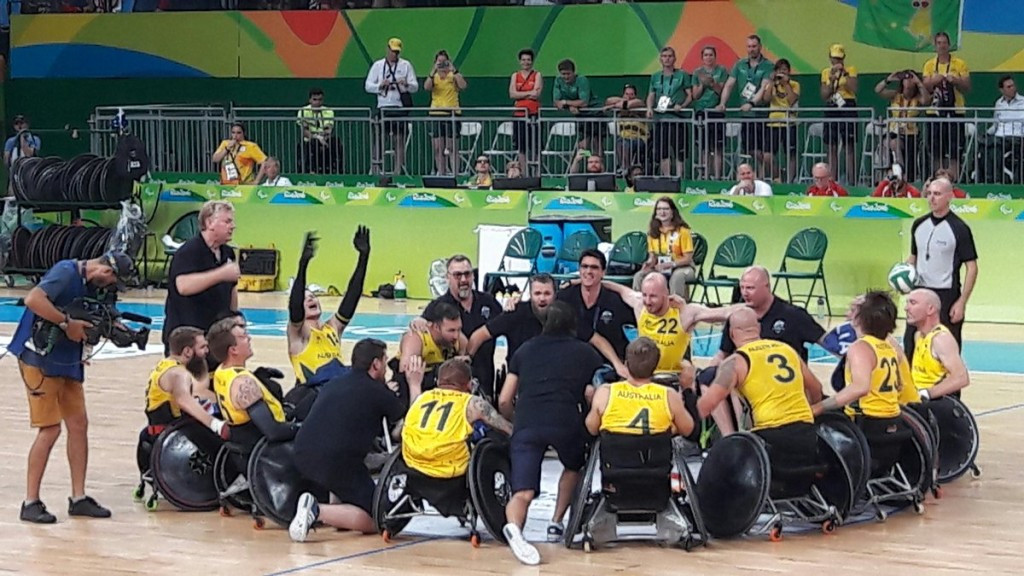 Australia successfully defended their Paralympic wheelchair rugby title with a thrilling 59-58 victory after double overtime over London 2012 bronze medallists the United States as sporting action at Rio 2016 came to a pulsating end at the Carioca Arena 1.

The Australians were pushed all the way in a hard-fought encounter before they eventually edged over the winning line.

Ryley Batt proved to be the star performer for Australia as he scored 27 of his team’s points in a contest which demonstrated the excitement the sport - nicknamed "murderball" - can offer.

The American side were seconds away from dethroning the Australians before Chris Bond popped up with a last-gasp equaliser to send the match into a second period of overtime.

Both sides traded heavy blows, as well as the lead, with the momentum swinging constantly between the two teams, until Batt found the winning goal with less than a minute on the clock.

The result saw Australia get partial revenge for two defeats they suffered at the hands of the United States in the Paralympic Games finals on home soil at Sydney 2000 and eight years later in Beijing.

"My first Paralympics, and my first gold medal," Paralympic debutant Matt Lewis, who lost both legs and all of his fingers when a barbecue cylinder exploded in his hands back in 2011, earning him a nickname of "bomber", said.

"I suppose after the last Paralympics it sort of starts afresh really, new team, new goal, for Rio 2016, so here we are.

"Once you get onto the court and you just smash the other countries, then you know you're an Australian."

Match-winner Batt revelled in the fact he is now a double Paralympic gold medallist and admitted the victory against the US had left him feeling “on top of the world”.

He added: "This is the happiest day of my life.

"I really should not say that because I'm married and that should be the best day.

There was an upset in the bronze medal match as Canada, defeated by Australians in the final at London 2012, were beaten 52-50 by Japan.

Daisuke Ikezaki led the scoring charts for the Japanese with 19 goals and he was backed up by captain Yukinobu Ike, who chipped in with 18.

Canada’s Zak Madell finished as the tournament’s top goalscorer with 173.