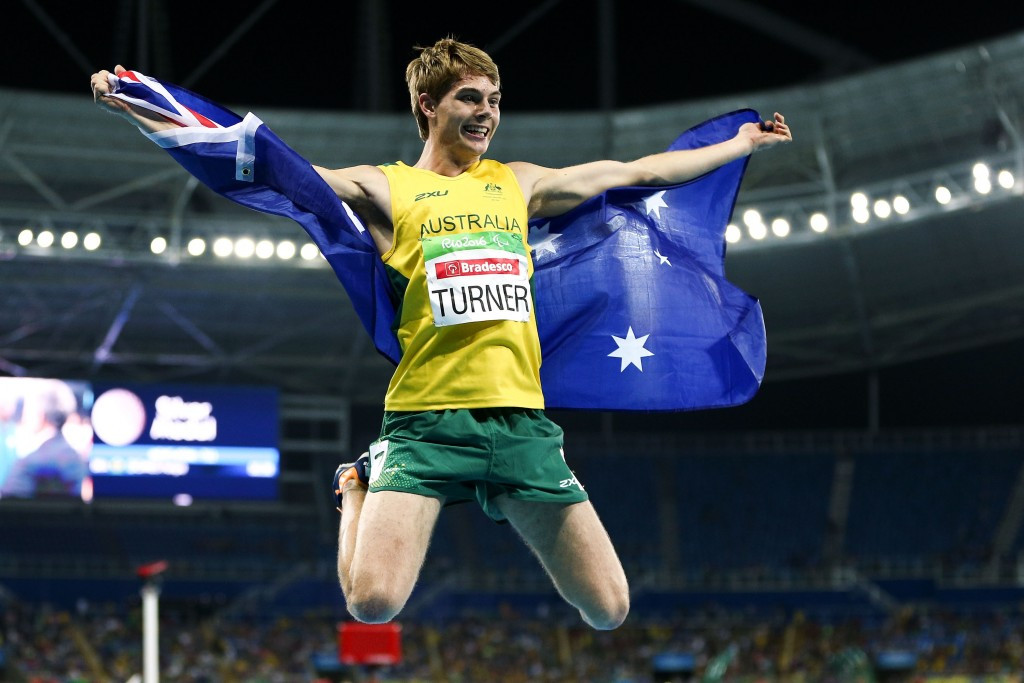 Rehm had hoped to compete in the Stadium last month before being declared ineligible for Olympic competition by the International Association of Athletics Federations.

He duly cast a reminder of what that final missed by leaping to 8.21 metres in his final round before letting-out a guttural roar of delight.

His mark would have placed fifth in the Olympic final and was almost a metre ahead of the second-placed effort tonight.

Ronald Hertog of The Netherlands managed 7.29m for the silver medal and Rehm's compatriot Felix Streng took the bronze with 7.13.

If Rehm is already a major name, Australian Turner was barely known even within the sport heading into this event.

He had initially hoped to compete in football 7-a-side before switching sports after his team failed to qualify.

It proved a sound decision as the 20-year-old led from gun to tape to win over the two-lap distance in a world record 2min 02.39sec.

"It's absolutely amazing, I put everything I had into it," Turner said.

"It's a lot of work to get to run that fast and as you've seen it's taken everything out of me."

Another outstanding final came in the women's T44 100m competition.

Dutch star Marlou van Rhijn left it late before charging through to take the lead with virtually her final stride in 13.02sec to complete a 100m and 200m double.

She won by 0.02 seconds from Germany's Irmgard Bensusan as Nyoshia Cain of Trinidad and Tobago took the bronze medal in 13.10.

American superstar Tatyana McFadden was among the day's other winners, claiming victory in the T54 800m in a Paralympic record 1:44.73 for her fourth gold medal of Rio 2016.

On another superb night, China also won the T53/54 4x400m relay twice after officials made the unusual decision of order a re-run following collision mid-race.

Rio 2016 athletics action is due to conclude tomorrow with the marathon races.