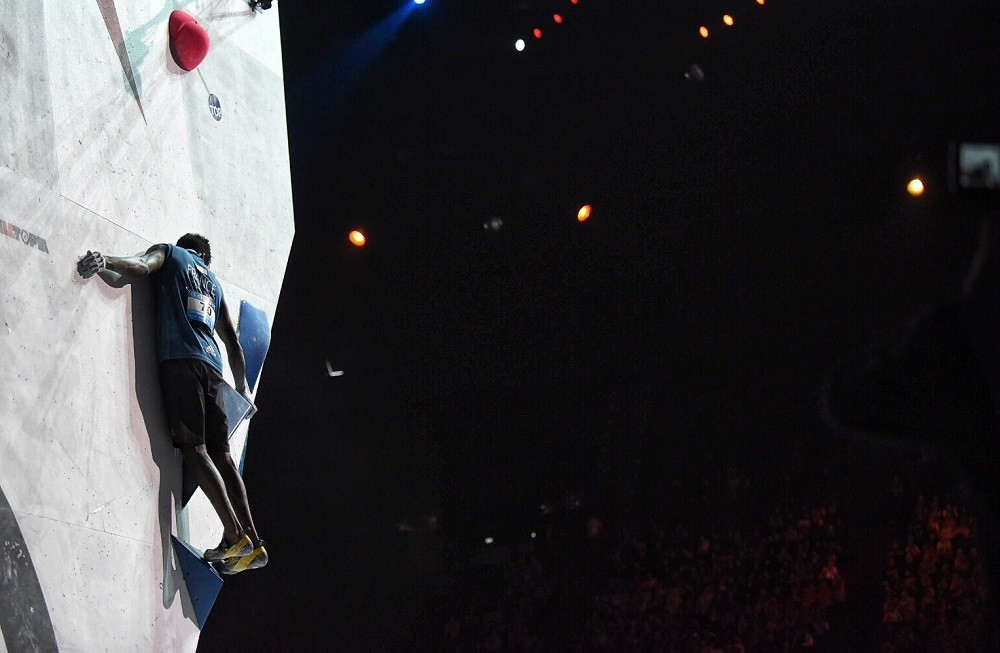 The difficulty level of the final was obvious from the start as problem one, a two-step dyno, required immense coordination ability in the first major competition to be held in the sport since it was added to the Olympic programme at Tokyo 2020.

Narasaki is one of the strongest with these skills and passed it easily whilst fellow Japanese competitor Tsukuru Hori and the Frenchman Manu Cornu eventually succeeded after six and seven attempts respectively.

On problem two, everything was about precision.

The Japanese team failed before the French team all found a way to the top but only Cornu could complete it, in two attempts.

Narasaki improved on the third obstacle as he made it look easy, needing only two attempts, whilst the rest of the field struggled.

It was on the fourth challenge, however, that 19-year-old Narasaki was confirmed as world champion.

From his successful first attempt in the final problem, the Japanese looked ominous and, after winning the 2016 bouldering general ranking, he was eventually crowned world champion too.

The Czech Republic's Adam Ondra and were both left to compete for the silver medal.

Manu went first and wasted two attempts, but the third moved him to the bonus hold.

Ondra managed to capitalise and despite his first attempt falling short, his second secured the silver medal.

Before this event Ondra had not participated in a single bouldering competition this season.

She won only the second ever Slovenian gold medal at the World Championships.

The previous one was won in 2001 by Martin Čufar.

Another Slovenian, Mina Markovic, doubled her World Championship medal tally after she won silver two years ago, claiming the bronze medal in Paris.

Dzienski produced a blistering 5.93 in the final to beat the powerfully built Iranian Reza Alipourshenazandifar'em.

The Pole had been in good form all day making light work of Russian Georgy Artamonowa, Ukraine's Daniel Boldyrjew in the quarter finals and France's Bassa Mawema in the semi finals.

The bronze medal was won by Russia's Aleksandr Szikow after he defeated Mawema in a time of 5.95, with the Frenchman not finishing the race.