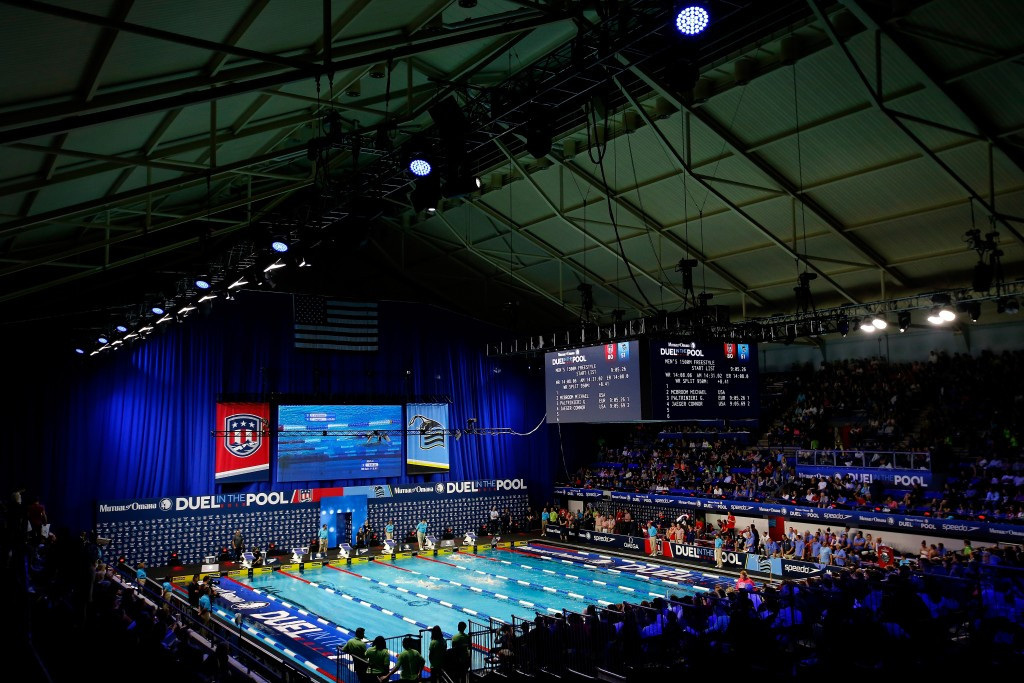 Indianapolis will host the 2017 FINA World Junior Swimming Championships, it was announced today.

The Championships, due to take place on dates to be confirmed next August, will be hosted by USA Swimming and United States Aquatic Sports.

The event was originally awarded to Budapest.

But the Hungarian capital is already host to the 17th FINA World Championships and staging both events in the same city was undesirable.

Budapest stepped in to hold the senior event after Guadalajara in Mexico withdrew.

Next year's Championships will be the sixth edition of the competition which was first held in 2006 in Rio de Janeiro and hosted in 2015 in Singapore.

Nearly 1,000 athletes from nearly 100 countries are expected to compete in the six-day meet that will feature many youngsters expected to be among the contenders for Olympic medals at Tokyo 2020.

Indiana University Natatorium is considered the United States' leading swimming facility and has hosted the US Olympic Trials four times since it was opened in 1982.

"We’re very excited to welcome FINA and the next generation of world champions to the United States for such a significant international competition," said Chuck Wielgus, executive director of USA Swimming.

"This is a showcase event for the future of swimming and an important step in the lives of younger athletes.

"Competing at what we consider to be America’s most historic swimming venue will make this an opportunity of a lifetime for these young men and women.

"We know that the athletes, coaches, volunteers, families and spectators will enjoy a tremendous experience."

Of the 45 pool swimmers for the US at the Olympic Games in Rio de Janeiro last month, 35 were previously members of the country's junior national swimming.

"I am sure that the 2017 FINA World Junior Swimming Championships will also be superbly organised in this exciting city.

"Our young swimmers will take once more this opportunity, staged in a country with a great swimming tradition, to gain international experience and prepare their successful entry in the elite world.

"Many champions shining at the recent 2016 Olympic Games in Rio started their brilliant path in past editions of our FINA World Junior Swimming Championships."