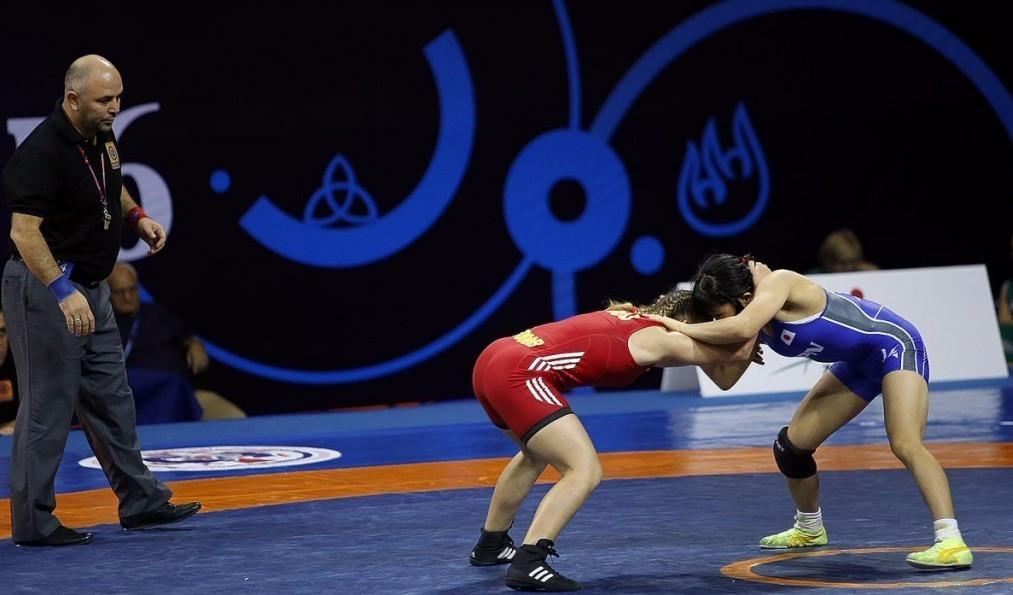 She was in fine form in the under 49kg category as she defeated Russian Mariia Tiumerekova 10-0 by technical fall for gold.

The final victory followed a dominant run to the final which began with a 46-second technical win over European cadet runner-up Zhala Aliyeva of Azerbaijan.

Her first three bouts were all won in just over two minutes, but American Macey Kilty put up more of a fight before Sasaki secured a fall just over three minutes into the semi-final.

Kilty recovered to win bronze, beating Aliyeva, who had come through the repechage system, 13-2.

A third Japanese gold came courtesy of Andoriahanako Sawa at under 56kg, after her 6-2 final win over Anastasia Nichita of Moldova.

Bronzes went to Oksana Chudyk of Ukraine, a winner by fall against Krystsina Sazykina of Belarus, and American Grace Marie Figueroa, a 6-5 victor against Russian Anastasia Sizenko.

In the under 56kg class there was Russian success as Khanum Velieva prevented more Japanese gold by beating Miwa Morikawa 4-2.