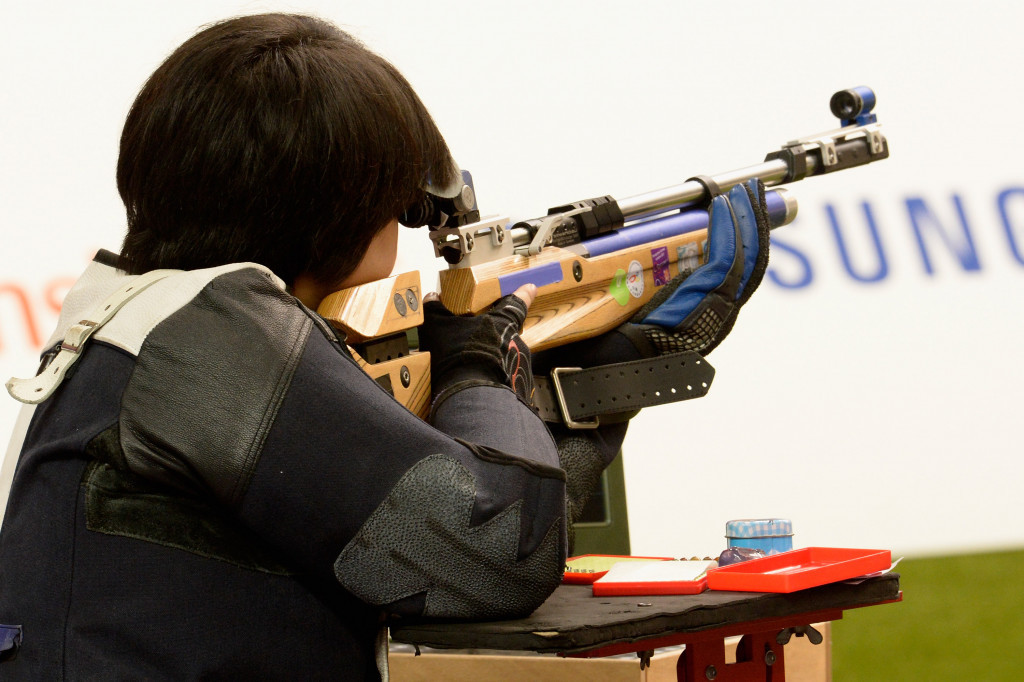 Two new double Paralympic champions were crowned on the final day of Rio 2016 shooting action at the Olympic Shooting Centre in Deodoro.

China’s Cuiping Zhang and Iran’s Sareh Javanmardidodmani both won their second gold medals of the Games after superb dead-eye performances.

Zhang fired a near-perfect 10.8 with her last shot to snatch victory away from the United Arab Emirates' Abdulla Sultan Alaryani in the mixed 50 metres rifle prone SH1 final.

The women's 50 metres three positions SH1 champion triumphed from a field which included seven shooters who had previously shot in a final at the Paralympics.

She dominated alongside defending champion Alaryani, with the two shooters often exchanging top spot before the Emirati claimed a one point lead going into the last shots.

Alaryani's final effort of 9.5 allowed the Chinese shooter to swoop in and clinch away the gold.

Her final score of 206.8 was a Paralympic record for a final with Alaryani finishing on 206.5.

A distance bronze went to Serbia's Laslo Suranji on 185.2.

"I tried my best on the last shot to try and win and it happened," said Zhang.

"I was so happy to win gold.

"I was extremely excited and in this competition China had no champion for many years, so I thought about nothing and just decided to enjoy the competition."

The Iranian finished on 189.5 to add to her 10m air pistol gold after a battle with China's Chao Yang.

The Chinese misfired with a seven on the 18th shot and Javanmardidodmani capitalised on his mistake to make it female gold in the mixed event.

Yang finished on 186.5 with Ukraine's Oleksii Denysiuk taking bronze on 160.8.

"I'm very happy I could get a very good result in this event," said the Iranian.

Javanmardidodmani said competing against a mostly male field did not faze her in the slightest.

"It's the sixth or seventh time I've had this experience so it is nothing new," she said.

"It is an amazing feeling to win."