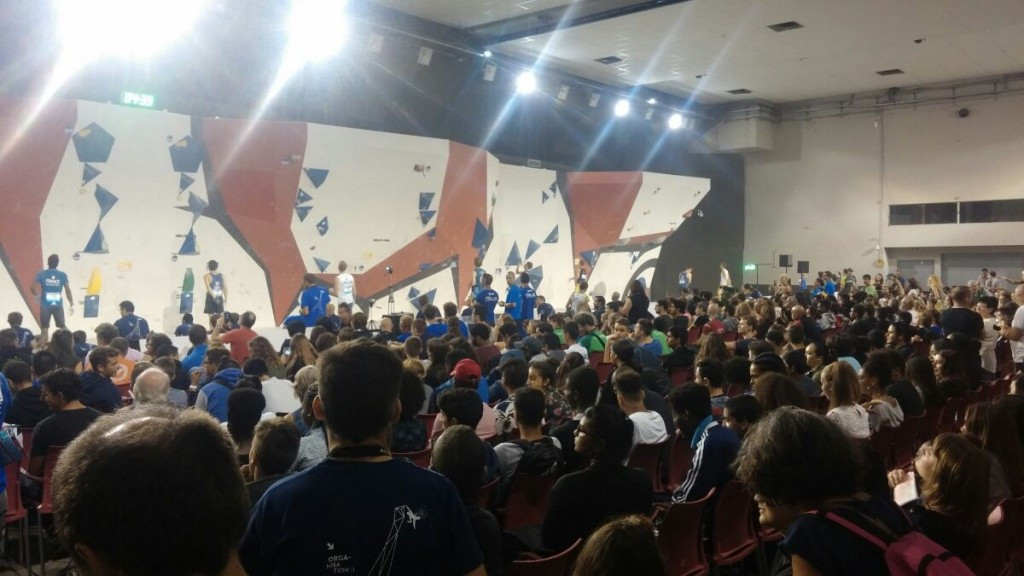 Six athletes are tied for top spot in the women’s lead qualification after the first day of action at the International Federation of Sport Climbing (IFSC) World Championships at the AccorHotels Arena in Paris.

All of the usual suspects got their respective campaigns off to a positive start, with Anak Verhoeven of Belgium, winner of the most recent World Cup competition in Arco and the current overall leader, among the group of frontrunners.

She is joined in the six-way tie by Slovenian duo Janja Garnbret and Mina Markovic, Kim Jain of South Korea and Austrian pair Jessica Pilz and Magdalena Röck.

The performances from the climbers saw them all end day one well-placed for a shot at the lead world title, currently held by reigning champion Kim.

Frenchman Alban Levier and Japan’s Tomoa Narasaki lead the way in the men’s bouldering event, with the two athletes joint top of the qualification rankings.

World Cup champion Narasaki and Levier both completed all five problems during the first round of qualifying.

The event, the first major competition to be held in the sport since sport climbing was added to the Olympic programme at Tokyo 2020, concludes on Sunday (September 18).

Sport climbing could feature in the French capital again at the 2024 Olympics should Paris be chosen to host the event ahead of Budapest, Los Angeles and Rome and if the IOC grant it a place at the Games beyond Tokyo 2020.

In the Paraclimbing World Championships, which are being held simultaneously alongside the able-bodied event, 2014 world champion Elodie Orbaen of Belgium and Oriane Moreno were the star performers in the women RP3 competition.

Melinda Vígh of Hungary and Maureen Beck of the United States managed to reach the top in the AU-2 event, while 2014 runner-up Kate Sawford looked strong in the AL-2 classification.

Mathieu Barbe and Simone Salvagnin of Italy are well positioned in the B2 tournament and Mathieu Besnard is on track to defend his RP3 world title in front of his home crowd.