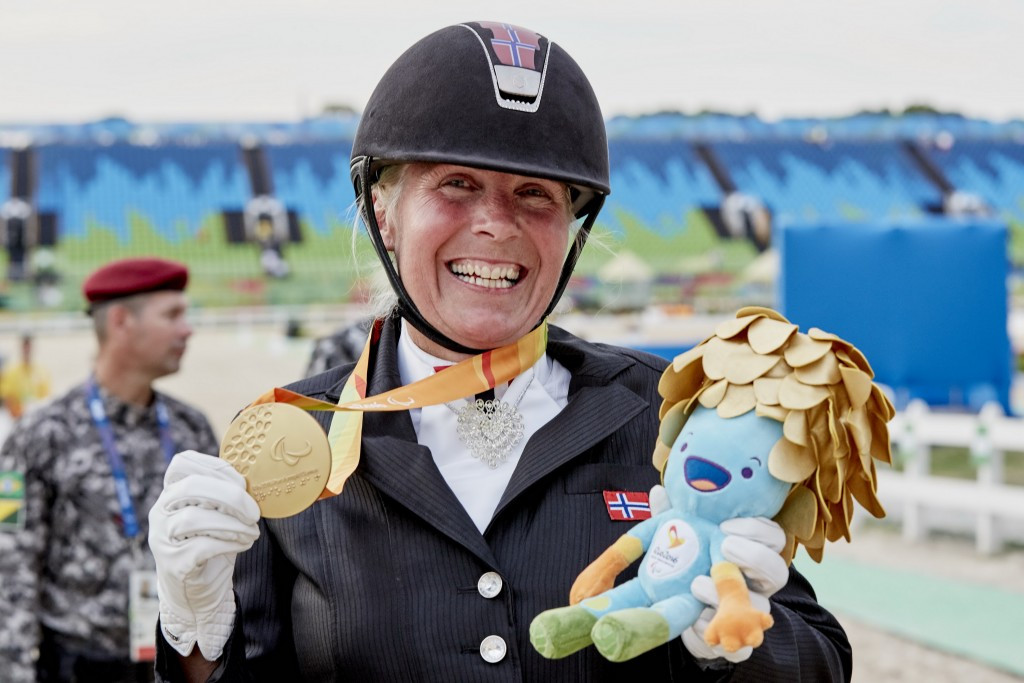 The combination scored 72.878 per cent to win the Individual Championship Test Grade III title after a closely contested event.

Lübbe, who has an artificial knee and limited movement in her joints as the result of juvenile arthritis, won by just over point seven of a percentage point ahead of Denmark's Susanne Sunesen on Que Faire.

This was a third Paralympic title for Lübbe after she won both the individual and freestyle grade IV titles at Athens 2004.

She won silvers in both of those events at Beijing 2008.

"I worked so hard for it.

"I'm so pleased that today I was the best and the horse did so well.”

Lübbe only started riding Donatello after one of her students died in a traffic accident.

"I have been riding him two-and-a-half-years," she said.

"It's a sad story because it was my student's horse and she died in a traffic accident.

"The parents are here.

While the first individual medals have been awarded, the team competition continues, as team members’ individual scores also count towards the overall team score.

At the end of today Denmark had taken the lead, with France and Australia second and third.