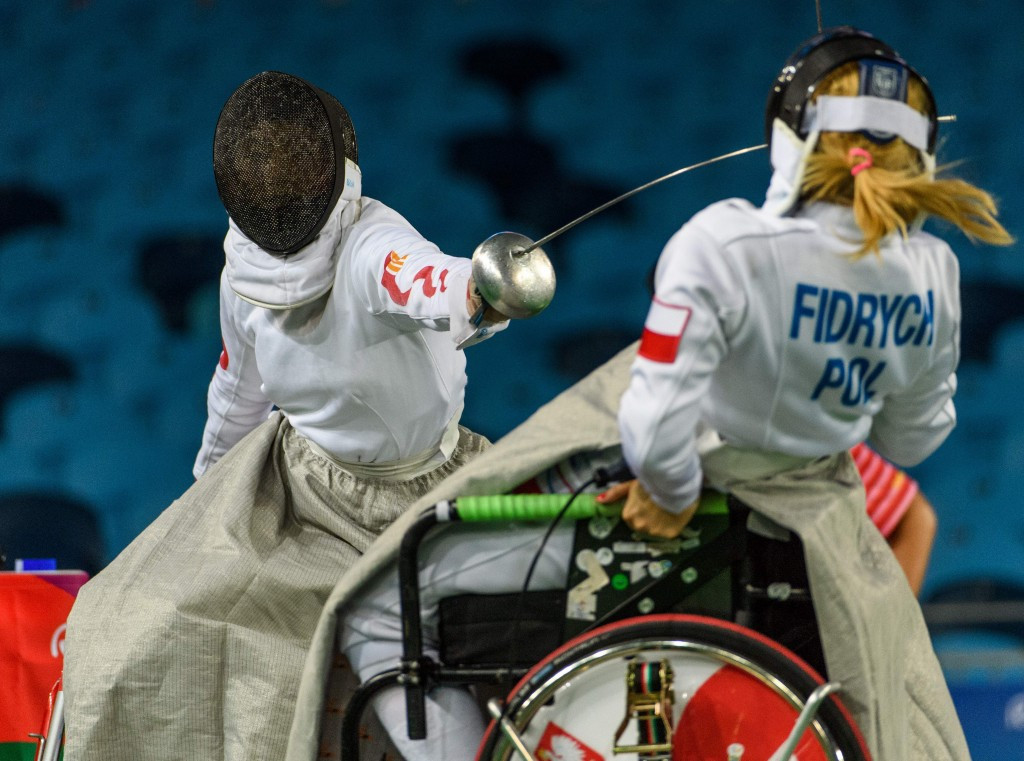 China's wheelchair fencers mirrored their country's utter dominance at the summit of the Paralympic Games medal table by securing three of the four titles on offer on the second day of competition in the sport at the Carioca Arena 3 in Rio de Janeiro.

Zhou Jinjing banished the demons of the London 2012 Paralympics, where she missed out on a spot on the podium by finishing fourth, by taking the women's individual épée category B crown as she overcame Thailand's Saysunee Jana in the final.

The sixth-seeded Chinese competitor found her range early on and was able to keep Jana at bay on her way to a 15-10 victory.

The bronze medal in the classification went the way of Chan Yui-chong of Hong Kong as she ousted Germany's Simone Briese-Baetke with a hard-fought 15-14 win.

China were guaranteed gold in the second final of the evening as double world champion Zou Xufeng took on team-mate Bian Jing in the women's individual épée category A classification.

Zou, who clinched both the épée and sabre titles at last year's World Championships, knew she would face a stern test against her compatriot but she proved too strong in the end, emerging from a tense bout on the right side of a 15-11 scoreline.

Ukraine, a nation which has also put in a superb performance thus far at the Rio 2016 Paralympics, sitting third on the overall standings, added to their medal haul when Yevheniia Breus ousted Zsuzsanna Krajnyak of Hungary 15-10 in the bronze medal contest.

"It is my first Paralympic Games participation and my first medal, a gold - I can't be more excited for this.

"Being up against her was not more or less difficult than any other matches.

"Everyone's an opponent on the fencing piste.

"It's not really more difficult, because in the end it is all about how I perform personally, everyone here is so good so there's no difference being up against a teammate or whoever else."

Sun Gang then completed the hat-trick for the Chinese wheelchair fencing team as he added the Paralympic title to his world crown with a 15-13 triumph over Britain's Piers Gilliver in the men's individual épée category A tournament.

Tian Jianquan of China ensured he ended the competition on a positive by beating Zainulabdeen Al-Madhkhoori of Iraq 15-11 to seal the bronze medal.

Andrei Pranevich of Belarus briefly broke the Chinese monopoly as he won perhaps the pick of the final bouts, taking gold by the narrowest of margins with a 15-14 victory against Ammar Ali of Iraq in the men's individual épée category B.

Oleg Naumenko of the Ukraine did enough for bronze, condemning Frenchman Yannick Ifebe to fourth place thanks to a 15-5 thrashing.