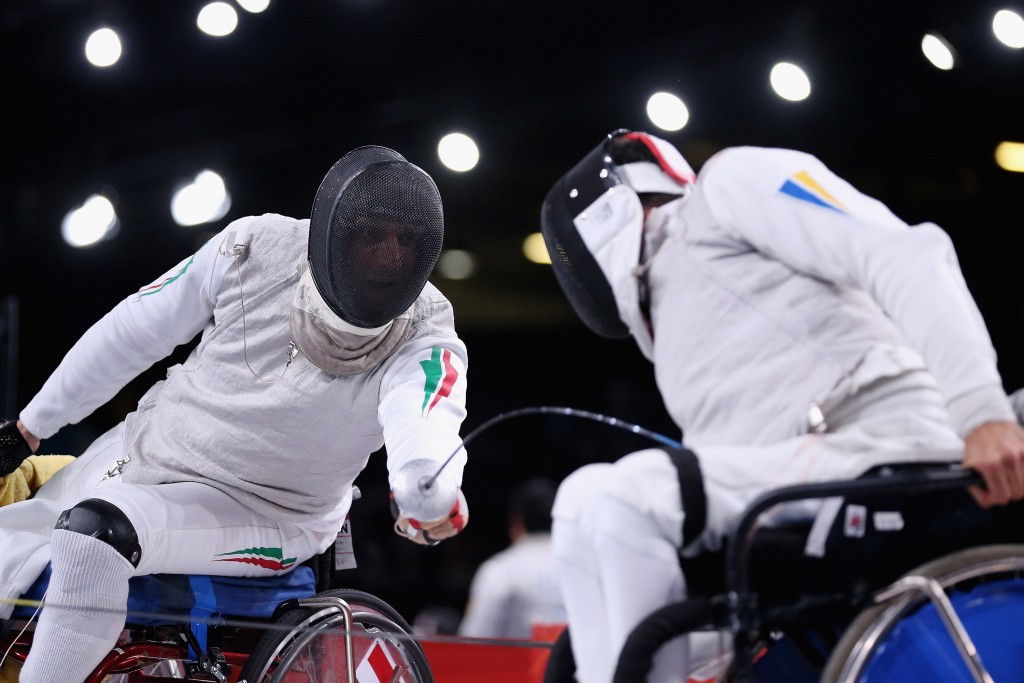 Ukraine's Andrii Demchuk and Anton Datsko both won gold medals on the opening day of medal events in wheelchair fencing at the Paralympic Games in the Carioca Arena 3 in Rio de Janeiro.

Demchuk won men’s individual sabre category A event and Datsko claimed his second Paralympic medal in the B tournament.

The 28-year-old gained control of the bout in the opening period where he scored nine points to Osvath's two.

They went on to tie the second 6-6 which was enough to secure the victory for the Ukrainian without having to contest a third round.

"I came here to win and I've trained hard and for so long to get this gold but until the last second I did not believe that I was actually winning it," said Demchuk.

"In my life I go where God directs me and he directed me here and I'm happy that I could do what I did for Ukraine."

The bronze medal in the A event was won by Tian Jianquan of China.

He convincingly beat number one seed Vasileios Ntounis of Greece 15-5 at the conclusion of the second period to add a bronze medal to his two silvers in this event from Beijing 2008 and London 2012.

Datsko easily beat the tournament's number one seed Panagiotis Triantafyllou of Greece 15-7 at the conclusion of the second period to win his second Paralympic medal.

The 33-year-old has previously won a silver medal in the men's individual foil in London four years ago.

"I'm very happy. I'm really a champion, this is a great feeling, I love it." said Datsko.

"I fought against the Greek in the last European championship in Poland, and I already won against him in the final."

Datsko also spoke of his delight at seeing his team-mate winning a gold medal on the same day.

"We both wanted to win and we've been training together," he said.

"It's like a dream now, we still cannot believe it, it's very impressive, it's a massive win for us.

Adrian Castro won the bronze medal in the B event as he comfortably overcame Grzegorz Pluta, the champion from London 2012, in an all Polish contest.

Castro edged a tense opening period 8-6 before an impressive 7-2 scoreline in the second secured him the bronze medal.