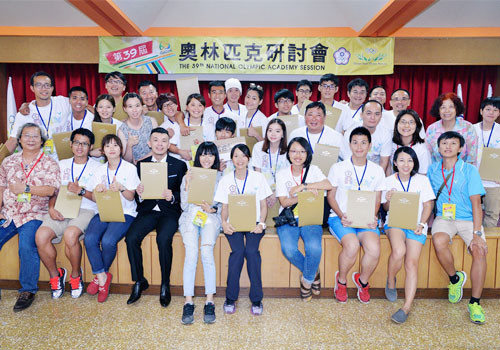 A special "Review of the Rio 2016 Olympics" has taken place at the Chinese Taipei Olympic Committee (CTOC)-inaugurated 39th Session of the National Olympic Academy.

Held at the Youth Activity Center at the Sun Moon Lake in the centre of Taiwan, the "exciting" four-day Session sought to address different issues which arose during the Games.

This included the experience of volunteers as well as the international sports organisation at Rio 2016.

Another theme was on the "pursuit of excellence and media interviews", while the impact of the International Olympic Committee's (IOC) Agenda 2020 reform process was also considered.

Other topics included Taiwan-specific issues, such as the success of the sports lottery and sports promotion programme as well as the national athletes career planning and education programme.

Hsu Shu-ching took gold in the women's under 53kg weightlifting competition while there were bronze medals for Kuo Hsing-chun in the under 58kg event and for the women's archery team of Le Chien-ying, Lin Shih-chia and Tan Ya-ting.

The National Olympic Academy Session has been conducted consecutively for 39 years by the Education Commission of the CTOC.

A total of 123 participants were present, including four students from Hong Kong, Japan and Malaysia.

Outdoor experiences in triathlon and other outdoor activities also took place at Sun Moon Lake during the course.