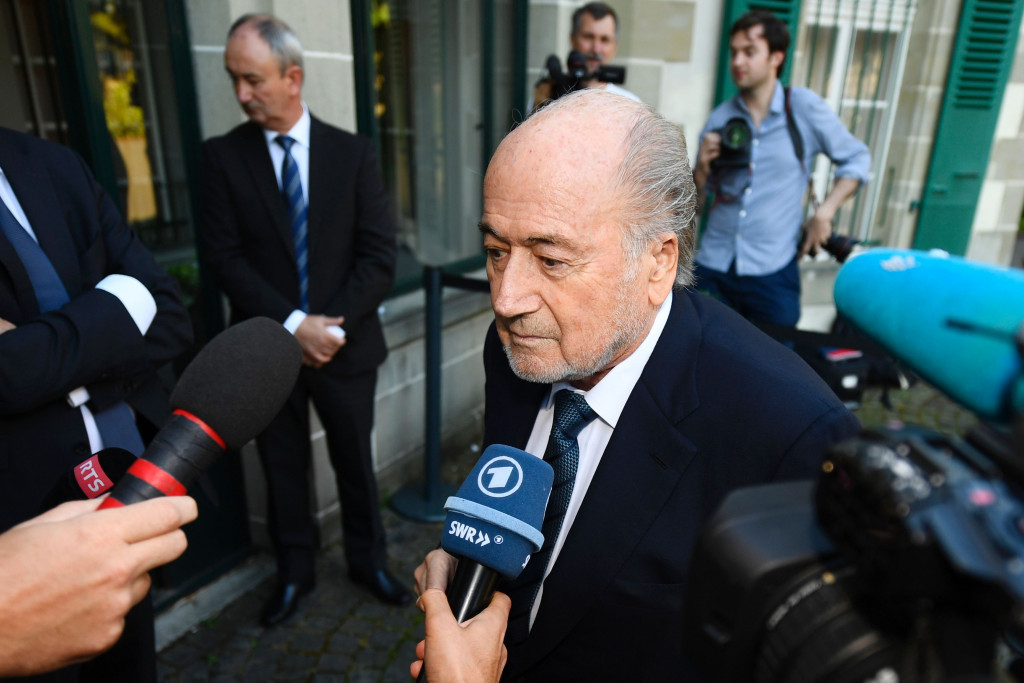 The Investigatory Chamber of FIFA's Ethics Committee has opened formal proceedings against banned former FIFA President Sepp Blatter, ex-secretary general Jérôme Valcke and Markus Kattner for the trio's involvement in an illicit bonus and pay rise scheme during their time in office, it was announced today.

Blatter, currently serving a six-year suspension from world football, Valcke, banned for 10 years, and former chief finance officer and acting secretary general Kattner are under investigation for a number of ethics breaches, including bribery and corruption and offering and accepting gifts or other benefits.

The three former officials are also being probed for potential violation of ethics regulations relating to conduct, loyalty and conflicts of interest.

Kattner, the German-Swiss who became FIFA President Gianni Infantino's right-hand man following his election in February and had his contract terminated in May for "financial breaches", is also under investigation for a potential breach of the confidentiality clause in FIFA's Code of Ethics.

The proceedings have been opened by Djimbaraye Bourngar, the deputy chairman of the Investigatory Chamber, who could then recommend to the Adjudicatory Chamber that the three officials face sanctions.

The news comes after FIFA's lawyers Quinn Emanuel announced in June that Blatter, Valcke and Kattner, awarded themselves bonuses and pay rises totalling $80 million (£60 million/€72 million) over a five-year period.

The law firm also claimed some of the contracted payments are in breach of Swiss law and "warrant considerable further investigation", including handing over the evidence to Swiss and American prosecutors.

They include Blatter, Valcke and Kattner being given a combined CHF23 million (£17.6 million/$23.4 million/€21 million) in December 2010 following the World Cup in South Africa that year, which was approved "apparently without an underlying contract provision stipulating such bonuses".

Kattner was handed an additional four-year contract extension on May 30 last year, just three days after six FIFA officials were arrested in dawn raids in Zurich, which guaranteed more than eight years of future salary and bonus payments totalling up to CHF9 million (£7 million/$9 million/€8 million) in the event of his dismissal.

"Under the FIFA Code of Ethics, the Investigatory Chamber shall examine all circumstances of the cases equally," FIFA said in a statement.

"For reasons linked to privacy rights and the presumption of innocence until proven guilty, the Investigatory Chamber will not publish further details at the present time."

Blatter is also waiting to hear the verdict of the Court of Arbitration for Sport (CAS) after he appealed his six-year ban.

The Swiss has already vowed to "accept" the CAS decision.

He was originally banned for eight years, along with former UEFA President Michel Platini, before the Appeals Committee cut their respective sanctions to six.

The Lausanne-based CAS dismissed Platini’s appeal, which was fast-tracked as he still harboured slim hopes of being able to see out the rest of his term as President of European football’s governing body, in May.

The former France international’s ban was, however, cut by a further two years.