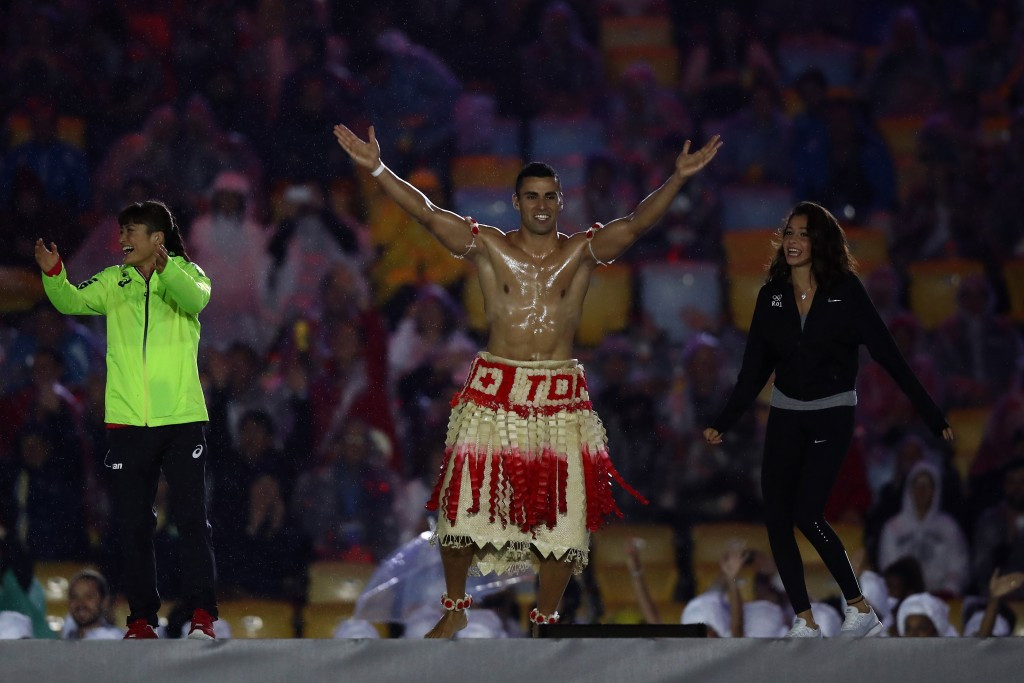 Tonga's Rio 2016 Opening Ceremony sensation Pita Nikolas Taufatofua is seeking to use his new found fame to raise the profile of both his home country and his sport of taekwondo.

Taufatofua became an oversight sensation after television images of his oiled and heavily muscular body were beamed around the world after he marched topless with the Tongan flag at the Opening Ceremony in the Maracanã Stadium.

There were 45 million hits registered on Google asking "Where is Tonga?” and “What Sport Does Taufatofua Do?” and he has since received huge coverage globally in non-sporting press.

More than 100 million viewers tuned in during his appearance on The Today Show on American channel NBC on August 8.

"We thought, ‘oh, it will settle down and I will have time to focus on training’, but it just got bigger," he said.

"We have had media from all over the world: from Argentina, Brazil, Korea, China, Australia, America….

"It is important for me to get Tonga out to the world.

"And to get taekwondo out to the world, as well."

Taufatofua, who is ranked 157th in the world and combined training with working full-time as a counselor for homeless youth, admits that it was the strongest opponent he has ever faced.

"I did not realise how quick his front leg was," he joked.

"I did not think it would reach me, my distance was off.

"But we fought, we shook hands, we gave the crowd a show and the crowd was happy - at my expense.

"That is the taekwondo we have to take to the world."