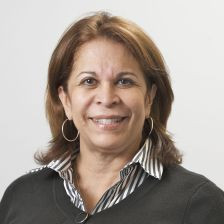 International Gymnastics Federation (FIG) Council member Sonia Sequera of Venezuela has died at the age of 66, it has been announced.

Sequera, a member of the ruling body within the FIG since 2009, suffered a heart attack and was found at her home in Caracas by her family.

The FIG was informed of her death by Venezuelan Gymnastics Federation (VGF) President Zobeira Hernandez.

Sequera, who was born in January 1950, devoted the vast degree of her time to the sport and played a key role in gymnastics, both at home in Latin America and across the world.

She pursued an officiating career within gymnastics and was appointed as vice-president of the VGF in 1998, while she also served on the organisation’s Women’s Technical Committee.

Sequera also worked in the Pan American Gymnastics Union (PAGU), holding the position of secretary general from 2011 to 2015.

The Venezuelan was a member of the PAGU Women’s Technical Committee for an eight-year period, before she was elected onto the FIG Council in 2008 for the 2009 to 2012 Olympic cycle, which culminated with the Games in London.

Sequera kept hold of her seat on the Council post London 2012 and remained part of the governing body right up until her sudden death.

“On behalf of the international gymnastics family, the FIG wishes to extend its sincere condolences to Sequera's family and friends as well as the Pan American Gymnastics Union and the Venezuelan Gymnastics Federation,” a FIG statement read.

“May she rest in peace.”