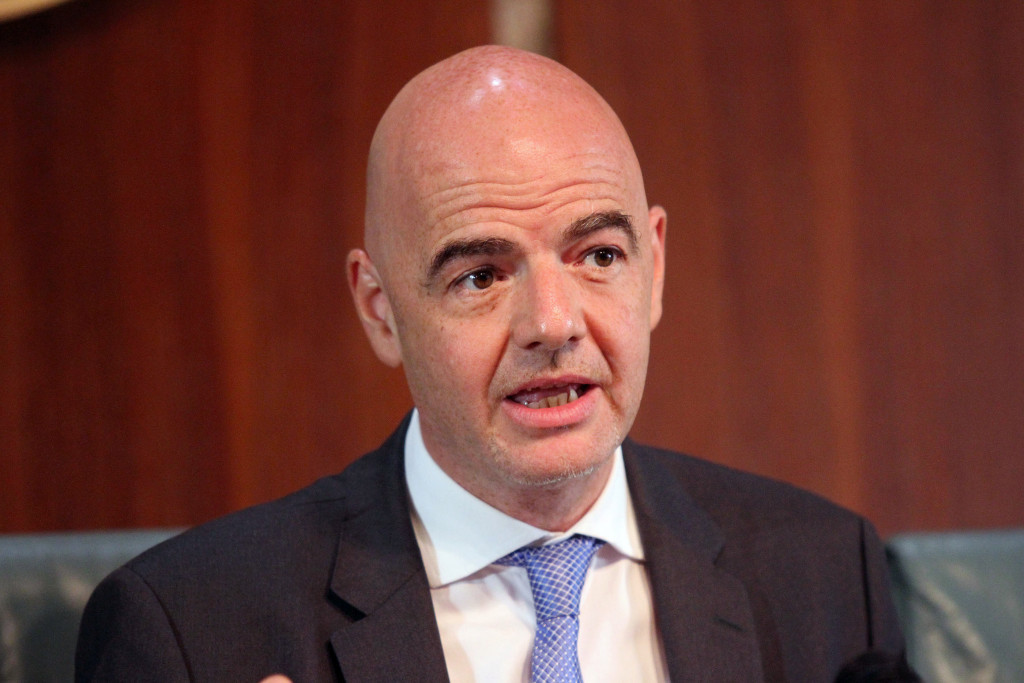 FIFA President Gianni Infantino has claimed Olympic football tournaments are a “sensitive issue” which he wishes to address with the International Olympic Committee (IOC).

The Swiss made the claims a week on from the conclusion of the men’s football tournament at Rio 2016, with Brazil finally earning an elusive Olympic men's gold medal.

Three overage players are currently allowed to be named in squads for the men’s tournament, but the majority of each nation’s selection is made up of under-23 players.

The women’s tournament, by contrast, has no requirements regarding players’ age.

Infantino asserted that women’s football has developed significantly as a result of the Olympics, but he is looking at tackling issues affecting the men’s tournament.

At present, the men's Olympic tournament lacks the prestige of the World Cup and regional tournaments such as the European Championships or Copa America.

“This is indeed a problem and a sensitive issue that we must address together with the International Olympic Committee,” Infantino told Blick.

“The tournament is neither fish nor bird in this form.

“And the men's game, in which primarily with under-23 players and a few added is played, is not a good solution.

“In addition, the football calendar is too tight.

“You have to discuss the serious again.”

Under current FIFA regulations, clubs are obliged to release players for tournaments on the international calendar A-list.

Despite including tournaments like the Copa America, the Olympics does not feature in the A-list, meaning many top stars are kept away.

Brazil's Neymar was one of the star names to appear in this year’s tournament, scoring the host nation’s winning penalty in their final victory over Germany, with the match having ended level at 1-1.

He was allowed to play by his club Barcelona, after the Brazilian Football Confederation (CBF) refused to allow him to compete in the Copa America Centenario after reaching an agreement with the Spanish side.

The CBF deemed the Olympics more important, due to Brazil's lack of a football gold medal prior to their home Games.

There was previous controversy over player participation at the Beijing 2008 Olympic Games, after the Court of Arbitration for Sport (CAS) ruled in favour of Barcelona, who had appealed FIFA’s insistence that clubs release all players under the age of 23 for the tournament.

They had been hoping to prevent Lionel Messi from appearing at the tournament, but eventually relented with then Barcelona coach Pep Guardiola agreeing that he could play in the competition.

Messi went on to claim the gold medal with Argentina, beating Nigeria 1-0 at the Bird’s Nest Stadium in the final.