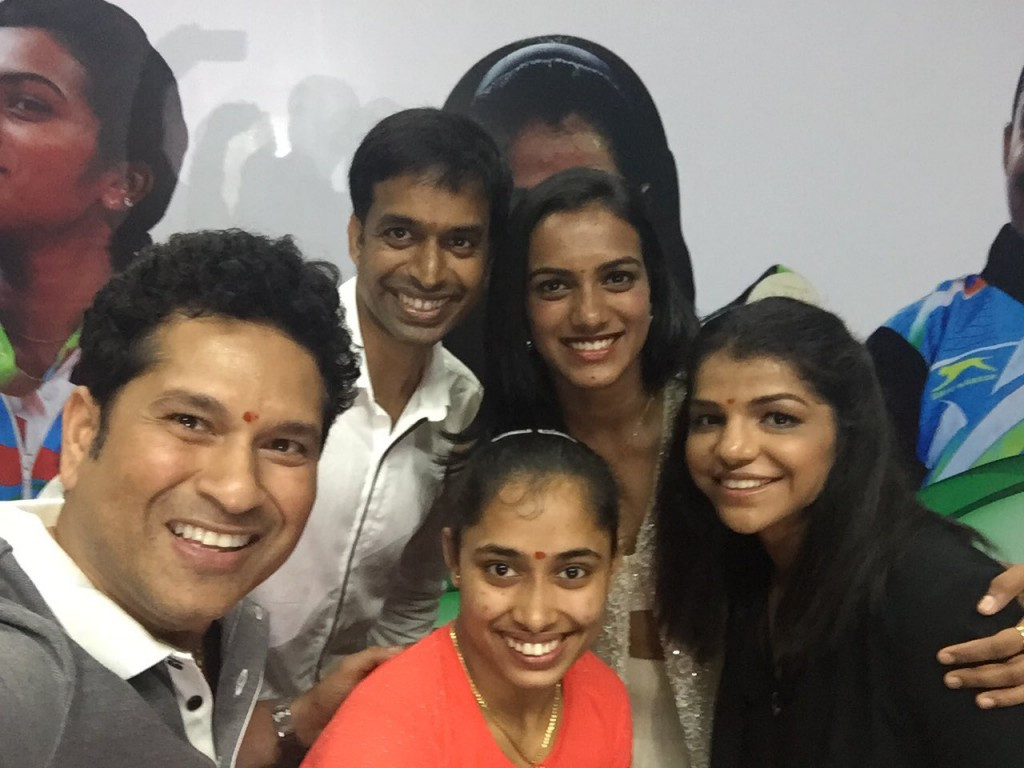 Tendulkar, who is India's leading Test Match run scorer, presented the vehicles to badminton silver medallist P.V. Sindhu and wrestling bronze medallist Sakshi Malik as a reward for their performances in Brazil.

Cars were also given to gymnast Dipa Karmakar who narrowly missed out on a medal after finishing fourth in the vault, as well as the national badminton coach Pullela Gopichand.

The presentations came with India's Prime Minister Narendra Modi seeking greater Olympic glory, with the politician set to launch a task force in a bid to improve the country's performances at the next three editions of the Summer Olympic Games.

Winning just two medals in Rio was considered as a poor return, owing to the size and population of the country, which is more than 1.2 billion.

It led to calls for more funding to be directed towards elite sports and Modi has seemingly answered some of the critics with the idea, which will devise an overall strategy for sports facilities, training and selection of athletes.

“You have all done the entire country proud," Tendulkar said at the ceremony, as reported in Indian media.

"We all know how focused you were in the run-up to the Olympics and now is the time to go for gold at the next Games.

"We are all with you to see many more wonderful moments in your career.

"We all support you now that you have said you want to convert bronze into gold and silver into gold at Tokyo 2020."

Tendulkar, who was the Goodwill Ambassador of the Indian team at the Olympics, handed over the keys at a function at the Gopichand Badminton Academy.

Upon receiving the keys of her BMW car, Sindhu was delighted the legendary Indian batsman had kept a promise he once made to her.

"I was promised by Sachin that if I was to get a medal at the Olympics, he would gift me a BMW car," she said.

"He kept his promise today, thank you."

Karmakar was the first Indian female gymnast ever to compete in the Olympics, and the first of either gender to do so in 52 years.

Gopichand coached Sindhu to her badminton silver, which came after defeat in the final to Spain's Carolina Marin.

"You are wonderful," said Sachin to Gopichand.

"You always show that urge to produce champions.

"You're a role model for all."