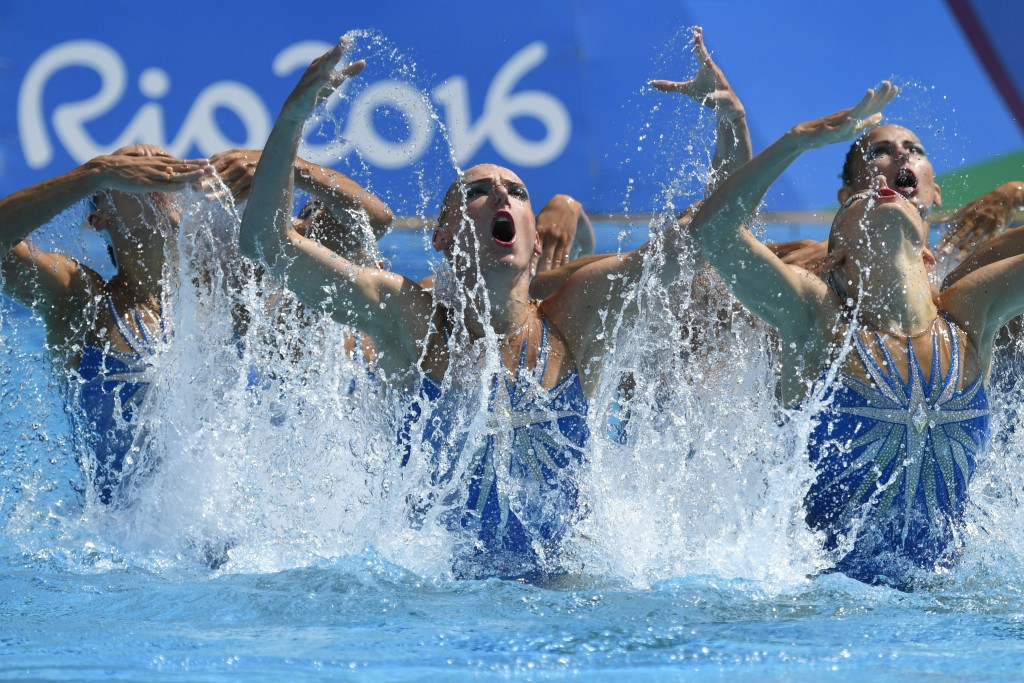 Russia produced a sparkling routine to claim their fifth consecutive team Olympic sychronised swimming gold medal on another dominant day for the nation in the sport at the Maria Lenk Aquatic Center in Rio de Janeiro.

The Russians came into the event as the overwhelming favourites and they did not disappoint, scoring a total of 196.1439 points, which included two perfect 10's from the judges.

It was the fifth title for both Natalia Ishchenko and Svetlana Romashina, who also topped the podium in the duet competition earlier on at Rio 2016, following their two triumphs at London 2012 and success at Beijing 2008.

The score from the formidable Russian team was over three points ahead of China, who were forced to settle for the silver medal.

The Chinese also finished in second place in London four years ago.

They were no match for the Russians once again, who never looked in trouble from the moment they took to the water.

The result for Japan handed them their first medal in the event since Athens 2004 following disappointing displays at Beijing 2008 and London 2012.

Romashina admitted her team were emotional after their victory was confirmed after a near-flawless routine, held under the "Angels, two steps from the hell” theme.

"We cried after the performance, you could say we were bawling, because we understood perfectly that we executed our programme well," she said.

"We watched the underwater shots and saw that the lifts and the synchrony worked out, so we understood that everything went well.

"There were so many tears and we were feeling so much relief and happiness that we did everything."

"After these scores, we understood perfectly that the result won't change because it is unlikely that anybody would score higher than 99 points.

"On top of that, we had 1.5 points in reserve from the technical programme and nobody could physically get an 11-point score."