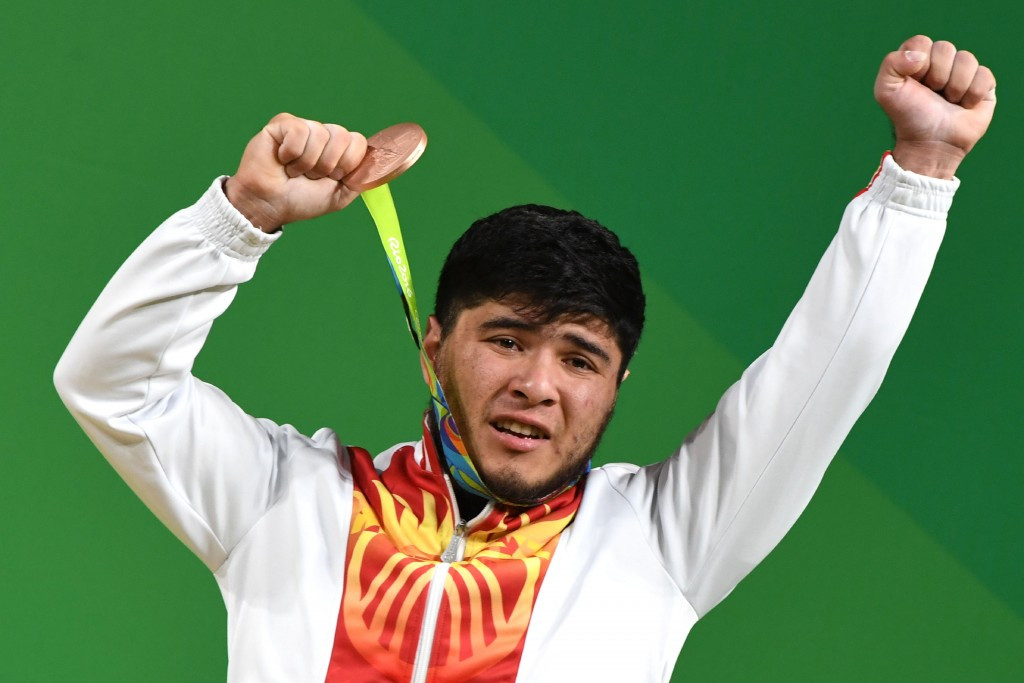 Kyrgyzstan weightlifter Izzat Artykov has become the first athlete to be stripped of a Rio 2016 Olympic medal for doping after a positive test for strychnine.

The 22-year-old had shown little form before this year but claimed the Asian title in Tashkent in April before lifting a total of 339kg to claim Olympic bronze in the under 69 kilograms competition.

"His medal is forfeited and he is excluded from the Olympic Games," the Court of Arbitration for Sport Anti-Doping Tribunal announced.

Colombia's Luis Javier Mosquera is set to be promoted into third place after his total of 338kg had seen him miss the podium by just one kilogram.

Strychnine, also used as a pesticide, can have an immediate energy boost and is listed as a specified stimulant on the World Anti-Doping Agency Prohibited List.

But the best known use of the substance in a doping sense came over a century ago at St Louis 1904.

American marathon runner Thomas Hicks crossed the line second behind compatriot Fred Lorz, who was disqualified after it emerged he had been transported for 11 miles of the course by his coach.

Hicks' trainer Charles Lucas pulled out a syringe in the closing stages with a milligram of sulphate of strychnine to give him an extra boost.

Six doping cases have now been confirmed by CAS.

Polish weightlifter Tomasz Zielinksi and Bulgarian steeplechaser Silvia Danekova have each been ejected from the Games after failures.

Brazilian cyclist Kleber Da Silva Ramos has also been disqualified after failing for CERA, a form of EPO (erythropoietin).