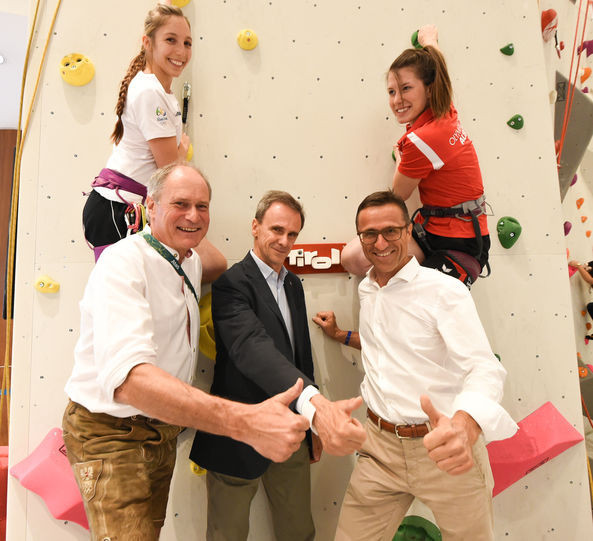 Austria Climbing and Art Roc joined forces to celebrate climbing’s inclusion at the on the programme for the 2020 Olympics in Tokyo by opening a wall in Rio de Janeiro's Sul shopping mall.

The 13-metre-tall wall allows visitors to get their first taste of climbing, due to feature alongside fellow added sports skateboarding, surfing, karate and baseball/softball in the Japanese capital after being added by the International Olympic Committee.

The Austrian Federation organised the construction of the wall and sent out five of its top instructors to set the routes and help run courses with the public in Brazil.

This is not a short lived project, however, as after the Games, the wall will stay in Rio.

It will be moved to a local favela and will provide a new experience to locals, in a bid to inspire a whole new group of athletes.

On average, around 40,000 people pass through the Rio Sul mall each day which is one of the longest and largest shopping complexes in the city.

Climbing was added to the Tokyo 2020 Olympic programme earlier this month along with the four other sports.

"We are so happy that sport climbing will be participating in the Games of Tokyo," said International Federation of Sport Climbing President Marco Scolaris.

"The Olympics have been our dream for quite some time, and now the hard work has finally paid off.

"We would like to thank the International Olympic Committee for extending a truly unique opportunity to our sport.

"We have reached the final hold of our unbelievable climb, but another climb awaits us.

"Our team is committed to preparing Sport Climbing for the Olympic Games, and over the next four years we will continue to work with the IOC to do so," concludes Scolaris.