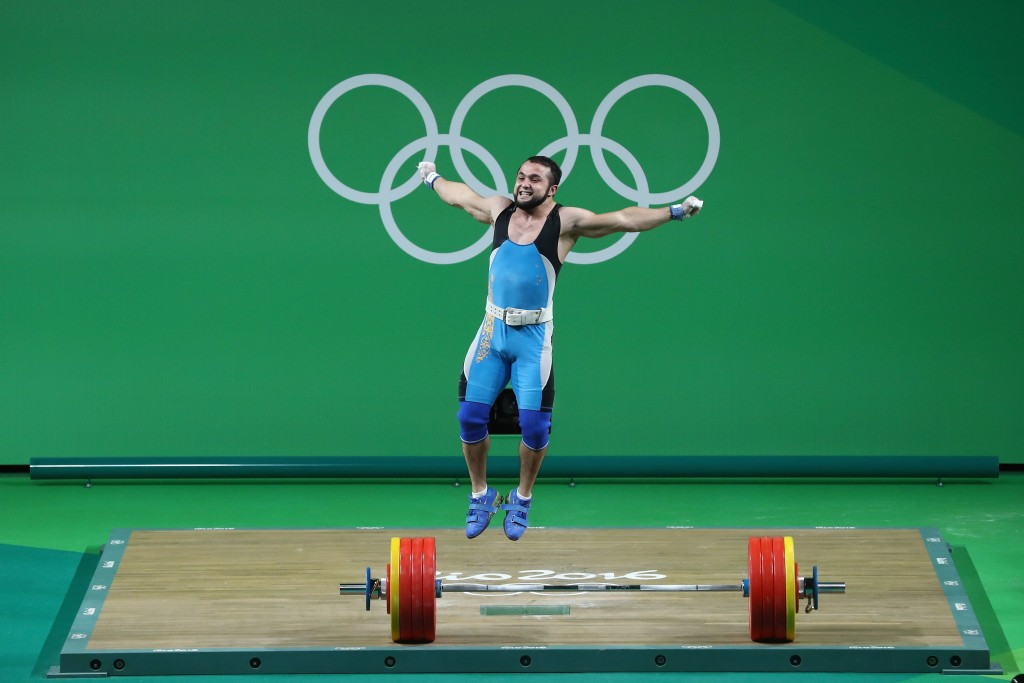 International Weightlifting Federation (IWF) President Tamas Ajan has given a "guarantee" that all lifters from Russia, Belarus and Kazakhstan will be handed a one-year ban from competition following Rio 2016.

At least four other countries stand at serious risk of receiving a similar ban.

This comes after the IWF vowed to hand a one year suspension to all countries who produced three or more anti-doping rule violations in the combined re-analysis of samples from the Beijing 2008 and London 2012 Olympics.

It had been expected that these would come into force in time for Rio 2016, but that was not possible because the International Olympic Committee (IOC) are yet to formerly sanction those implicated - even though their names have already been announced by the IWF.

“After the Games we will suspend these countries," Ajan told Agence France-Presse.

"I give a guarantee about this...

"[It] will be Russia, Kazakhstan and Belarus."

Russia was subsequently banned from Rio anyway as the "integrity of the weightlifting sport has been seriously damaged on multiple times and levels...therefore an appropriate sanction was applied in order to preserve the status of the sport".

But lifters from Kazakhstan have won five medals, including a world record breaking under 77 kilograms title for Nijat Rahimov.

Serious doubts must now exist about the legitimacy of these performances.

He also failed retrospectively in Beijing.

Ajan expects the bans to be formally announced at the end of September or beginning of October.

He expects to punish several other nations as well, pending the outcome of the IOC re-analysis.

If all outstanding cases are confirmed, Azerbaijan, Armenia, Moldova and Turkey will all have over three retesting failures.

Bulgaria were also banned from competing at Rio 2016 last year due to the number of doping cases during the qualification period.

“The reanalysing is not finished, I am awaiting more information but I expect there will be some more countries that we will suspend,” Ajan added to AFP.

“We wish weightlifting to be a clean sport and there’s only one way - we have to ban all the countries which violate our rules.

“I think at end of September, October we will announce which countries will be suspended."