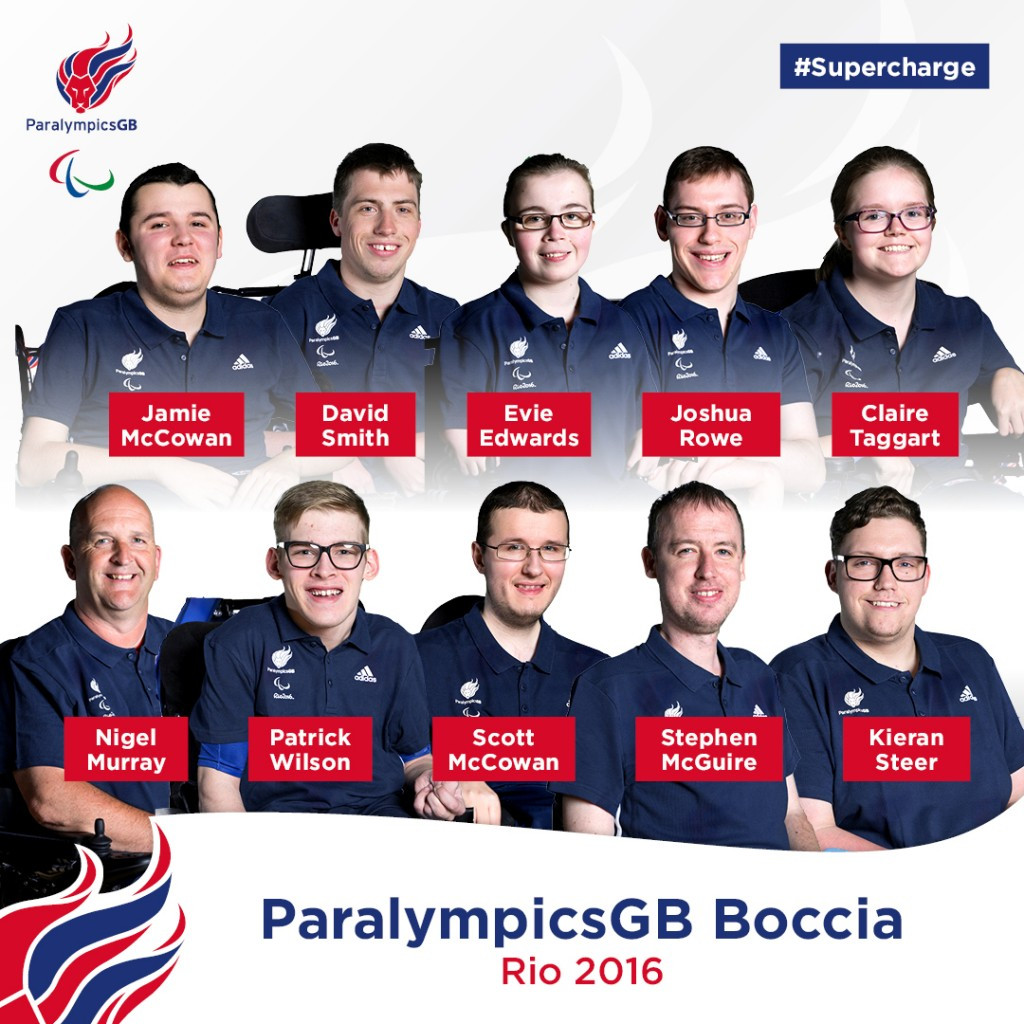 Paralympic gold medallists Nigel Murray and David Smith have been named on a 10-strong team for Rio 2016, GB Boccia has announced.

Murray, who was made an MBE in 2013 for services to the sport,  has two Paralympic Games gold medals to his name after he triumphed in the individual BC2 competition at Sydney 2000, before he was a member of the team which won the BC1-2 event in Beijing eight years' later.

Smith took home two medals from London 2012 as he clinched individual BC1 silver and BC1/2 pairs bronze.

Rio 2016 will be Murray's fifth Paralympic appearance for Britain, while Smith will be taking part in his third Games.

"There’s no greater honour to represent your country on the international stage and this is the ultimate competition for our sport," said 52-year-old Murray.

"The selection process has been tough, but it’s been great to welcome some new faces on to the team as it demonstrates the great strength in depth in the squad, something which keeps pushing us to give the best possible performance every time we compete.”

The duo are the two headline competitors in Britain's boccia squad, which also includes individual BC4 world champion and Pairs BC4 European champion Stephen McGuire.

Murray and Smith will be joined by Josh Rowe and Claire Taggart, who are both set to make their Paralympic Games debuts, in the Brazilian city.

The quartet secured their spot on the British squad by sealing BC1/BC2 team gold at the 2015 European Team and Pair Championships in Guildford.

"With all the tactical nous of chess and the accuracy of archery, this is a sport that is so exciting to watch and I cannot wait to get to the Carioca venues in Rio to support this incredible team," Penny Briscoe, Britain's Chef de Mission for the Rio 2016 Paralympics, added.

"There is so much medal potential in here that I know they will make the nation proud when they compete at Games.”