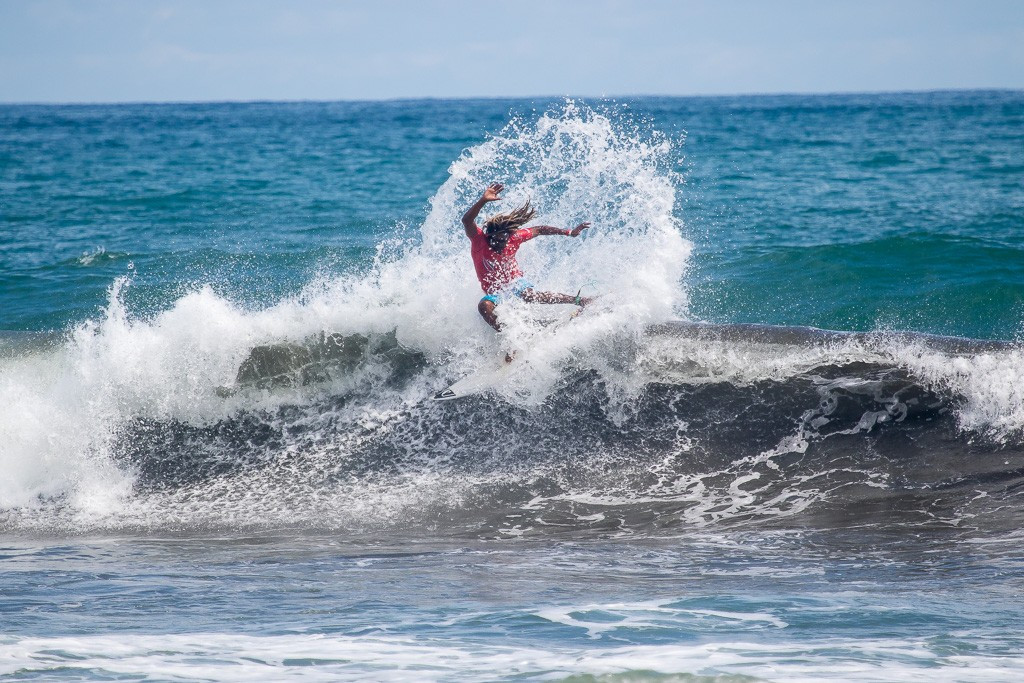 Peru moved back to the top on the team standings after day six of the International Surfing Association (ISA) World Surfing Games in Playa Jaco in Costa Rica.

They had briefly lost the lead to Portugal and Costa Rica yesterday, but their rivals saw athletes fail to advance through repechage rounds, which saw them drop to second and third respectively in the rankings.

Venezuela’s Francisco Bellorin topped the first heat of the men’s open main event by achieving a score of 12.90, with Portugal’s Guilherme Fonseca ending narrowly adrift on 12.77.

The following two heats were won by Portugal’s Pedro Henrique with an effort of 13.40, but the ISA World Surfing Games gold medallist Noe Mar McGonagle produced the best score.

He was rewarded with a strong surf to receive a total of 15.87, with the Costa Rican claiming his heat found the heat a tough effort.

“It was a super hard heat, I was matched up again the two Peruvians and Santiago Muniz from Argentina," he said.

“I was patient and found the waves with the best wall.

"I’m super stoked to come out on top.

“I am just trying to pass on all my energy to my teammates to get them through their heats.”

France’s Pauline Ado impressed in the women’s repechage competition, as she scored the highest heat total in round four with 14.53, before following that up with a 16.34 in round five.

Peru’s Melanie Giunta and Analí Gomez also impressed and booked their place into the next stage of competition, along with Costa Rica’s Emily Gussoni.

“The stage is set for the final two days of competition,” said Fernando Aguerre, ISA President.

“On Sunday we will crown the individual and team world champions, the first in the era of Olympic surfing.

“Stay tuned to the action tomorrow as four teams will vie for the first gold medals of the competition in the ISA Aloha Cup Final.”