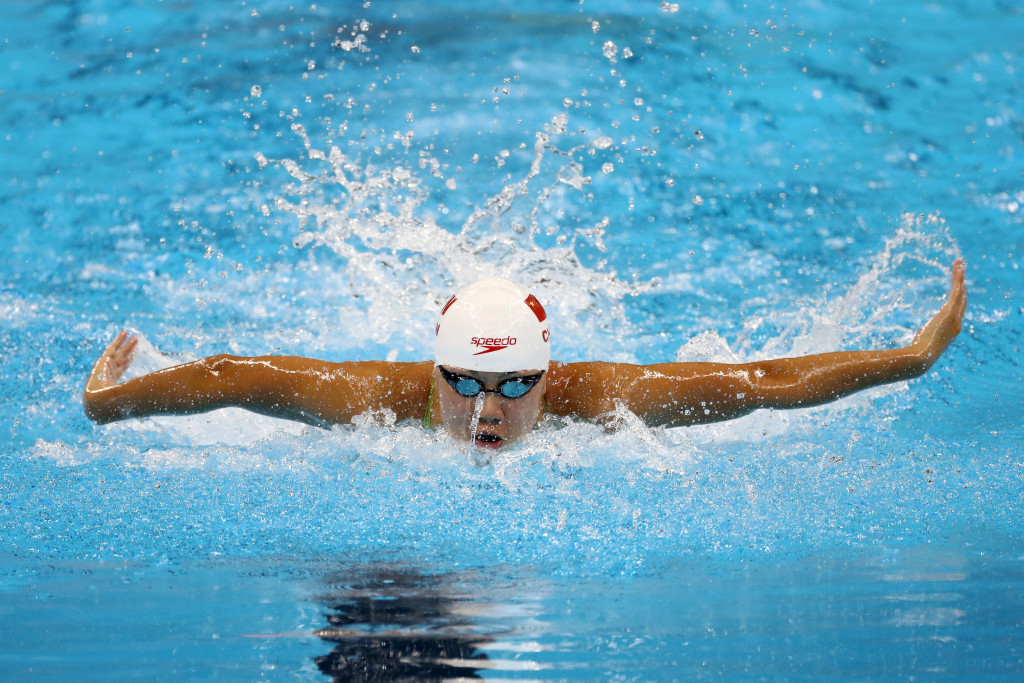 Chinese swimmer Chen Xinyi has become the first athlete to fail an in-competition drugs test at the Olympic Games after testing positive following a fourth place finish in the women's 100 metres butterfly final.

All three cases have now been confirmed by the Court of Arbitration for Sport (CAS).

Chen, 18, tested positive for diuretic hydrochlorothiazide after missing out on a bronze medal by just nine hundredths of a second in the final on Saturday (August 6).

According to Xinhua, the Chinese Swimming Association (CSA) "resolutely opposes use of banned substances".

They added: "The CSA has taken this matter seriously and demanded full cooperation from Chen in the investigation."

Although not directly performance-enhancing, diuretics are banned because of their use as masking agents to hide the presence of other products.

The two-time Incheon 2014 Asian Games gold medallist has already applied to the International Olympic Committee (IOC) for her B-sample to be tested, it was added.

But she did not start her scheduled 50m freestyle heat this afternoon.

Swimming competition here has been overshadowed by confusion over whether members of the Russian team who had previously served doping bans would be able to compete after being banned then reinstated following a successful the Court of Arbitration for Sport.

Breaststroke star Yuliya Efimova has gone on to win two silver medals despite being implicated in two separate doping scandals during her career.

China has also been embroiled in controversy after Australia's 400m freestyle champion Mack Horton labelled his win over Sun Yang - who served a three month doping ban in 2014 - as a "win for the good guys".

This prompted fury in China and calls for an apology which have been unsuccessful so far.

An investigation was also launched by the World Anti-Doping Agency (WADA) in March into alleged cover-ups of failed drugs tests in Chinese swimming.

It was reported that a total of five Chinese swimmers tested positive, with two coming in October and three at the turn of the year.

Bulgaria's Danekova, meanwhile, has claimed to be "shocked" after her positive test for EPO soon after her arrival in Brazil.

She claims that a contaminated food supplement is the "only logical explanation".

“[Results] of the three of the samples were negative - it’s an incredibly big shock.”

His provisional suspension was announced by the International Cycling Union after a sample collected on July 31 tested positive for CERA, a form of EPO.

He competed in, but failed to finish, the cycling road race last week.

Irish boxer Michael O'Reilly and Greek swimmer Theodora Gianeni have also withdrawn from the Games after being notified of failures on arrival in Rio, along with two weightlifters, Cyprus' Antonis Mastasdis and Poland's Tomasz Zelinski.

Zelinski, the European under 94kg champion, failed for nandrolone.

His brother Adrian, the London 2012 Olympic under 85kg champion, has also failed for the same substance, the Polish Anti-Doping Commission have announced.

Analysis of a B-sample is taking place before this is confirmed by CAS.

Polish Weightlifting Federation President Szymon Kolecki - a former lifter who, ironically, now stands to be upgraded from silver to gold in the Beijing 2008 under 85kg competition due to a failed test by Kazakhstan's Ilya Ilyin - has resigned due to the incident.

Olympic hosts Brazil have also been criticised by WADA after halting its drug testing programme during the build-up to Rio 2016.

The country's Sports Ministry confirmed no anti-doping tests were carried out between July 1 and July 24, a move described by WADA as "unacceptable".