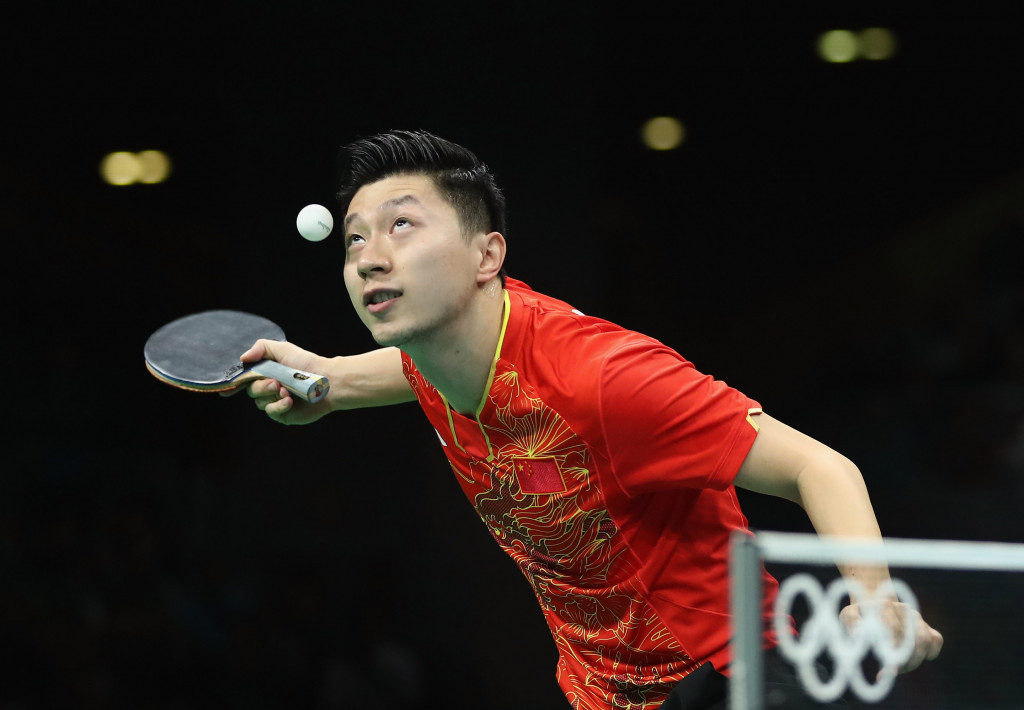 China’s Ma Long became only the fifth man to complete a career table tennis grand slam of Olympic, world and World Cup titles with an imperious display against his fellow countryman Zhang Jike, the defending champion.

After a dramatically fluctuating first game, which he eventually took 14-12, Ma exerted increasing dominance, taking the next three 11-5, 11-4, 11-4 to earn a 4-0 win which ensured China a third consecutive win at this event.

Earlier in the evening Jun Mizutani had become the first male Japanese player to win an Olympic medal thanks to a 4-1 win over 40-year-old Vladimir Samsonov, making his sixth consecutive Games appearance.

"I am very glad not only to complete the grand slam, but to become Olympic Champion alone makes me happy,” said Ma.

“I didn't stress too much during the game - I did my best and played free.

"I'm extremely happy that I could win the gold medal, it's a special moment in my career."

Zhang commented; “It is a special memory for us athletes and the audience who watched, this match we played, he put on a good performance today, especially the first game."

Samsonov, who was also suffering from a rib injury, has made it to at least the fourth round of every Olympics since the 1996 Games in Atlanta.

He had the crowd very much on his side as he was beaten 4-1 in his semi-final by Zhang, with the Chinese player being booed at several points.

"I've always wanted to win a medal and, OK, I am still far away from that - but at least I'm in the semi-finals for the first time, after all these years," said Samsonov, who is awaiting the results of a scan on his injury.

"It is a crazy feeling."

It looks like he will never have had a better opportunity to earn the medal he has craved for so long.

Mizutani commented: "I'm so happy. This was my dream from when I was a child, so I'm very glad to have this."

"The Chinese players are really strong because they have barely any weakness."