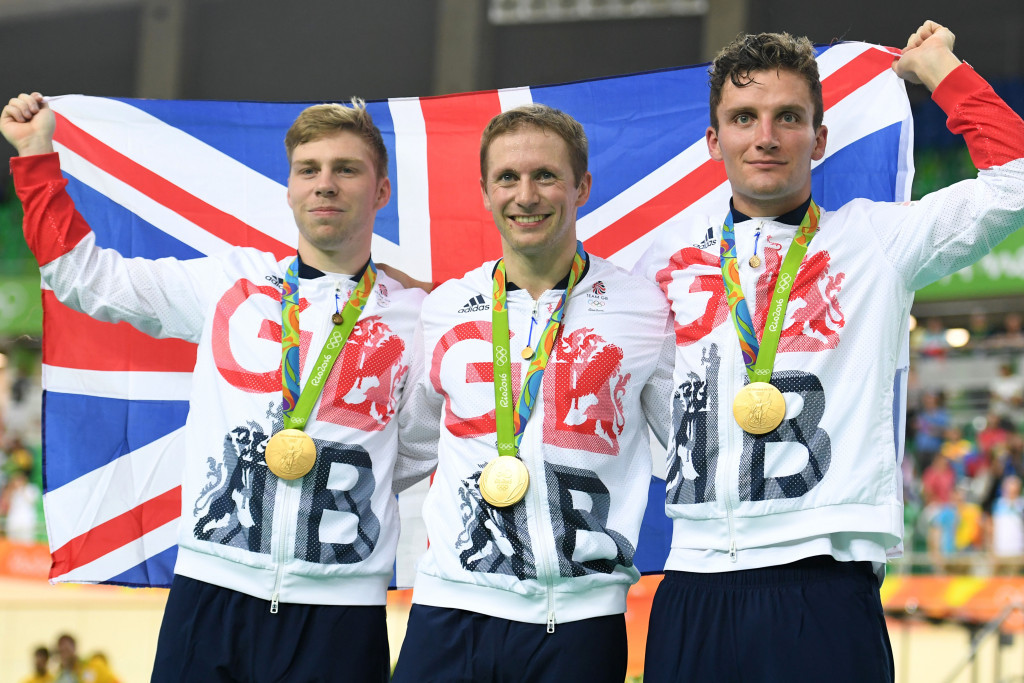 British cycling’s apparently inexhaustible capacity to reinvent its wheels made for a thunderous statement of intent on the opening day of the track programme as their men’s team sprint trio - with 23-year-old Callum Skinner in for the retired legend that is Sir Chris Hoy - beat world champions New Zealand to earn gold in an Olympic record of 42.440sec.

That rounded off a hugely impressive day for Britain at the Rio Olympic velodrome following a world record of 4:13.260 in the women’s team pursuit qualifying and a pulverising performance in the men’s team pursuit.

There, Sir Bradley Wiggins, back on an Olympic track for the first time since Beijing 2008, led his men to qualification in a time more than three seconds faster than their nearest challengers.

Britain have dominated track cycling at the past two Olympics, winning eight out of the 10 gold medals at London 2012 and claiming seven in Beijing four years earlier.

But despite the men’s team sprint wins in Beijing and London, Britain were not widely considered one of the favourites here having failed to earn a podium place at any of the World Championships since 2012.

There had been doubts over Skinner’s capacity to replace the six-times Olympic champion, but he produced a superb last lap to gain Britain the winning edge and see them home by a tenth of a second.

New Zealand ‘s trio of Ethan Mitchell, Sam Webster and Eddie Dawkins - gold medallists at this year’s World Championships on the London 2012 track - had to settle for silver in 42.542.

"We were outsiders coming into the Games so it is great for it all to come together," said Kenny, who joins Sir Bradley, Sir Ben Ainslie, Matthew Pinsent and Paulo Radmilovic, a water polo player and swimmer in the early 20th century, as four-times British Olympic champions.

Only rower Sir Steve Redgrave and fellow cyclist Sir Chris have now won more gold medals for Great Britain than this 28-year-old from Bolton, who won the team sprint at the Beijing and London Olympics along with the individual sprint four years ago.

He still has the individual sprint and the keirin to come at Rio 2016.

"Jason Kenny really looks in great form now and he has to be a favourite for the sprint," the 40-year-old Hoy said on BBC One.

"The keirin is a bit of a lottery but he has to be in with a shout."

Trott and Rowsell-Shand were part of the trio who won gold in London, with Barker and Archibald joining them in the new format of four riders.

They will now meet Canada, runners-up at the 2015 World Championships, on Saturday for a place in the gold-medal race.

In the men’s team pursuit, Britain’s Ed Clancy, Steven Burke, Owain Doull and Sir Bradley Wiggins clocked 3:51.943, almost three and a half seconds clear of second-placed Denmark and just three-tenths off their own world record.

They will face New Zealand in the semi-final tomorrow.