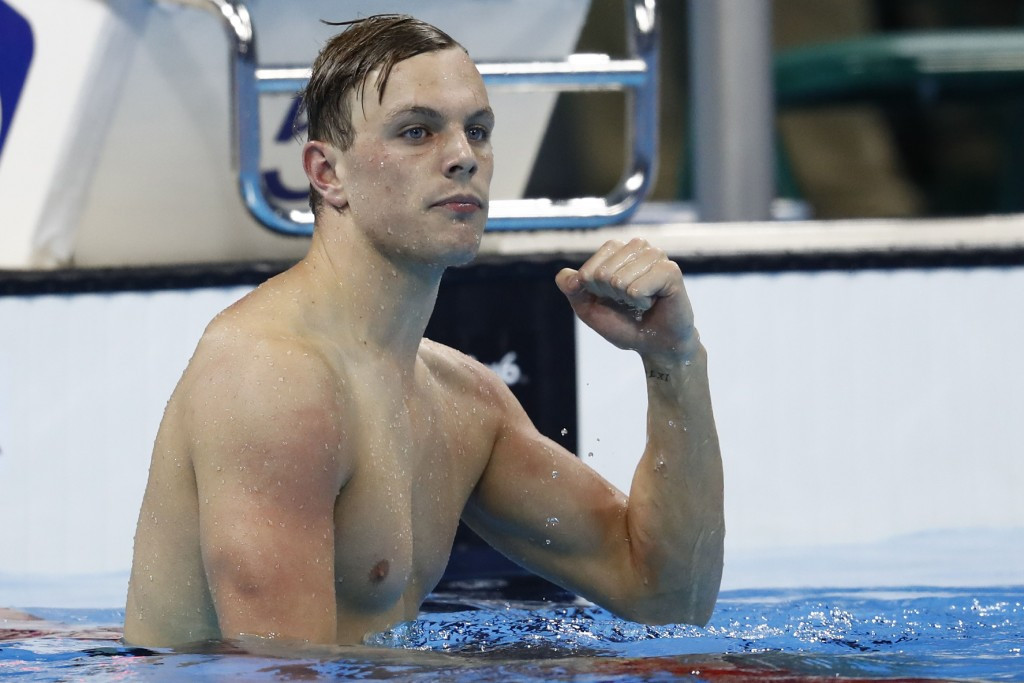 It came on a night of surprises at Rio 2016 as 200m breaststroker Dmitry Balandin earned Kazakhstan's first ever swimming medal with gold.

But it was the men's 100m freestyle, considered the showpiece event on the swimming programme, which was always destined to top the bill.

McEvoy, a silver medallist at the 2015 World Championships, was favourite following the elimination of the man who beat him in Kazan last year, Ning Zetao of China, in the semi-finals,

Both he and Chalmers - a three-time champion at last year's World Junior Championships - were left floundering as Canada's Santo Condorelli shot off down the first 50m.

It was only the 18-year-old Chalmers who managed to respond, however, pacing his effort magnificently to win a world junior record of 47.58sec.

Condorelli faded to fourth as McEvoy could manage only seventh.

"No, not at all," answered Chalmers when asked afterwards if his victory had sunk in.

"I don't think it will until I stand on the podium but at the moment it's still sinking in for me that I've actually won.

"It's hard being in this situation because I've been [racing] with a team-mate Cameron McEvoy, who's looked after me all week and roomed with me.

"I don't want to celebrate too much because I know it would have been really hard for him tonight but I'm sure towards the end of the week I'll be a little bit more excited."

McEvoy, equally gallant, admitted to being disappointed before urging all the focus to be on the winner.

Chalmers became the fourth Australian to win the men's 100m freestyle Olympic title and the first since Mike Wenden at Mexico 1968.

He also became the youngest winner of the event since 17-year-old Jörg Woithe of East Germany triumphed at Moscow 1980.

If Chalmers had come from nowhere, Belmonte has long been at the top of the sport but has never been able to take a world or Olympic gold medal.

Australia's Madeline Groves led at halfway, holding on for silver in 2:04.88, as Japan's Natsumi Hoshi claimed a bronze medal in 2:05.20.

Balandin had earlier claimed a shock 200m breaststroke title to earn Kazakhstan a first ever Olympic swimming medal - of any colour - in 2:07.46.

Josh Prenot of the US and Anton Chepkov of Russia took the silver and bronze medals in of 2:07.53 and 2:07.70 respectively.

"This is history, a first Olympic medal for Kazakhstan," the winner said.

"I hope swimming in the future will develop in my country and we will win more medals in swimming and this event."

There were no surprises in the 4x200m freestyle relay as a memorable final leg from Katie Ledecky overhauled Australia and secured gold for her and team-mates Allison Schmitt, Leah Smith and Maya Dirado.

Tomorrow is due to see another titanic dual between US superstars Ryan Lochte and Michael Phelps - chasing a 22nd Olympic gold medal - and home hope Thiago Pereira in the 200m individual medley.

All three safely progressed through this evening's semi-finals.