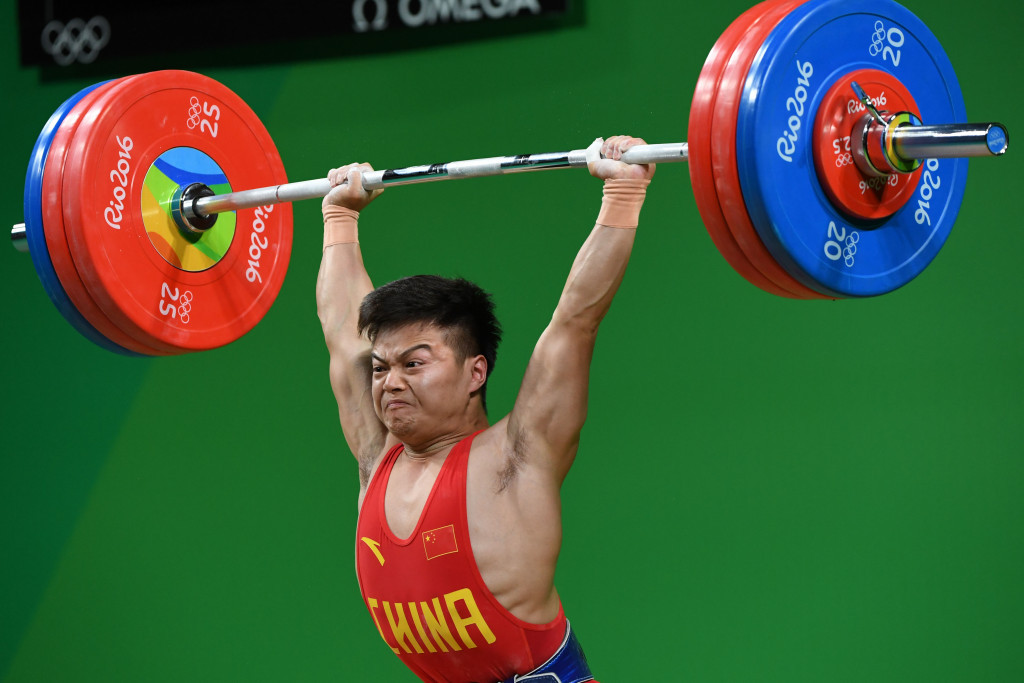 Eight years after winning the Olympic 56 kilograms weightlifting title on the home soil of Beijing as a 17-year-old, China’s Long Qingquan returned to the top of the podium after a titanic and dramatic contest with North Korea’s defending champion Om Yun Chol – and it took a world record total of 307kg to do it.

The sharp end of this contest was always about the "Comeback Kid" -Long was not selected for London 2012 - and the "Unbeatable Man" - Om had not been beaten in major championships since his victory in the British capital, subsequently adding two Asian and three world titles.

Long, second behind the Korean in the 2013 World Championships and third in the 2014 edition, finished the snatch lift section in the lead with an effort of 137kg, 3kg more than Om managed.

But Om appeared to have tipped the contest in his balance in the first round of clean-and-jerk lifts as he answered Long’s opening 161kg with success at 165kg, thus moving ahead by 199 to 198kg.

The pressure was back on the Chinese lifter, but he responded with a second effort of 166kg to move ahead by five kilograms, and Om, under even greater pressure, found the Olympic record weight of 169kg too much for him as his legs wobbled and buckled under duress.

As the barbell slammed down his followers in the stand registered consternation, with some female supporters clasping their shocked faces in their hands.

The "Unbeatable Man" did not do failure - did he?

True champion that he was, Om came back for one last go at 169kg and this time, slowly, agonisingly, brought his straining legs together to hold his stance and register the effort before falling on his back, momentarily overcome.

It all came down to the final attempt of the evening, as Long loaded up 170kg.

He wavered, straightened, steadied and held for the regulation time before dropping the bar down with a mystical expression on his face.

He had trumped Om’s Olympic record – and in so doing, set a new overall world record.

“I came to this competition with two dreams; to win the competition and break the world record and I did (both).

"I have prepared for the competition for four years because I did not get to compete in the (London) 2012 Olympic Games.

“After four years I did it."

Om commented: "I do not feel satisfied.

“I was hoping for gold and I put a lot of effort in.”

Thailand’s Sinphet Kruaithhong took the bronze medal after a snatch of 132kg and a clean-and-jerk of 157kg gave him a total of 289, 11 more than the fourth-placed Arli Chontey of Kazakhstan.