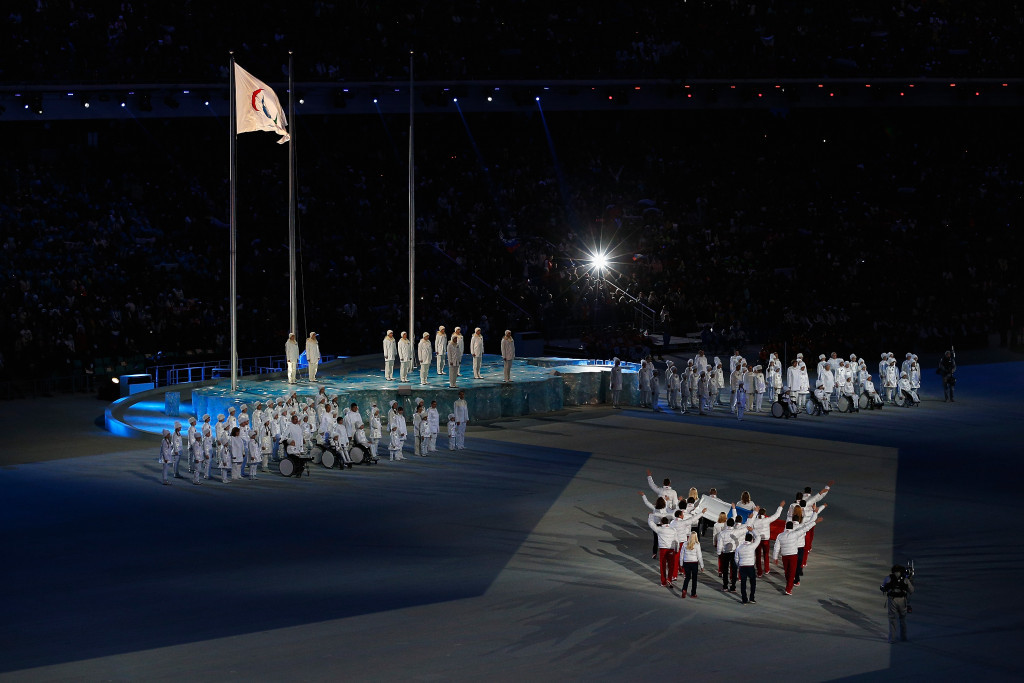 Russia intends to appeal “in the near future” against today’s confirmation here by the International Paralympic Committee (IPC) that all their competitors will be banned from the Paralympics due to take place here from September 7 to 18.

Vladimir Lukin, President of the Russian National Paralympic Committee, told TASS news agency that work would start "immediately" on lodging an appeal with the Court of Arbitration for Sport in Lausanne against the ruling made following the revelations of doping abuses in the McLaren Report released three weeks ago.

"If the IPC wants to engage in this kind of second-rate political activity, it is their right,” Lukin said.

“The final decision on this issue, at least for me, is made by judicial authorities, including sports courts, who make wise decisions in such cases.

"With the help of our lawyers we will immediately give a complaint to the Court of Arbitration for Sport in Lausanne, which we expect will make a decision similar to the one that was taken on admission to the Olympic Games.

“So everything is still beginning."

Alexander Zukhov, President of the Russian Olympic Committee, told insidethgames that the decision to ban the country’s athletes from the Paralympics was politically motivated.

"It's coming from the same people who wanted us banned from the Olympics," he said.

"After the decision by the IOC (International Olympic Committee) I think it is very strange not to allow clean Russian athletes to compete in the Paralympics."

Zhukov, who was successful in persuading the IOC not to ban Russia from the Olympics, has promised to try to help get the IPC ban overturned.

"But I think they will have to go to CAS."

The IPC is now working with the relevant International Federations to determine how the 267 slots Russian athletes had secured in 18 sports for Rio 2016 can be potentially redistributed.

The redistribution will not be confirmed until after all potential appeals from Russia are concluded, which could take up to 21 days.

Meanwhile Sir Philip Craven, the IPC President, has said that sporting events should not be held in Russia until “trust” has been restored in their anti-doping system.

“Russia has been very supportive in hosting a number of events in recent years, but at this moment in time I can’t see how any sporting events can be held there.

“Russia is a great sporting nation, but I think it’s lost its greatness and it needs to get it back.

“I have been to Russia many times and I hope that friendships can be maintained after what might be an initial blip.

“I am not passing on responsibility to the rest of the [IPC Governing} Board, I am saying we are all together on this - and that’s what’s given us the strength.”

Asked if he ever had a doubt about what course of action should be taken, Sir Philip replied: “No.

"I didn’t have any in the sense of what was right and what had to be done.

"But I’ve hardly slept these last five nights being torn between what would happen to certain athletes and the implication of the decision.

Asked how confident he felt about the legal position of the IPC stance, given that the International Association of Athletics Federations spent six months checking their situation before suspending Russian track and field athletes, Sir Philip replied:  “I leave that to the others - I’ve looked after the passion and the spirit of the sport.

"But we’ve had legal advice and I believe we’ve had some lawyers who have actually got a heart for the sport, which is fantastic."

Russia finished second in the overall medals table at London 2012.

It was their best-ever performance since making their debut in the Paralympics at Atlanta 1996, where they did not win a single medal.

Before London 2012, Russia's previous best performance had come at Beijing four years earlier when they won 63 medals, 18 of them gold.

The IPC announcement has drawn mixed reactions from within world sport.

World Archery, the governing body for Para-archery, was strongly critical of the IPC decision.

"World Archery strongly disagrees with the ban, which goes against the principles of inclusion and fair play, and considers the decision to have been taken based on a report that is unfinished and should remain ongoing until its mandate is completed, as stated by the IOC and WADA," it said in a statement.

“World Archery has discussed the ban with other affected Olympic Federations.

"The IPC’s decision was taken without any proper consultation with relevant Federations responsible for the sports at the Paralympic Games, and against the best interests of Federations.

“World Archery is disappointed that the IPC did not clarify which were the three summer Paralympic sports that were implicated in the McLaren Report, as it puts the image of World Archery and other summer sports into question.

“World Archery received written confirmation from the IPC on 26 July that no archery athletes were implicated in the McLaren Report, making the blanket ban excluding of clean athletes, inappropriate and unfair.

“Ahead of the Rio 2016 Olympic Games, the International Olympic Committee’s Executive Board tasked its international federations with assessing the eligibility of Russian athletes against clear criteria, including whether they had been tested internationally and had no previous doping sanctions.

"The decision allowed clean athletes from Russia to participate in the Olympic Games, protecting the integrity of the Games and separating political or institutional wrong-doing from elite sporting performance.

“A blanket ban on Russian athletes at the Paralympic Games does the opposite.

“It impairs clean impaired athletes for a second time when compared to their Olympic counterparts, for political reasons rather than sporting, and goes against the Paralympic Movement’s principle of inclusion.

“World Archery will do its best to protect the rights of clean athletes from Russia, and will investigate available next steps.

“A World Archery Executive Board meeting is scheduled on 8 August.

"The Executive Board will now also discuss the implications of the IPC’s decision."

Ingmar De Vos, President of the International Equestrian Federation, said that his organisation was “very disappointed” with the decision, adding: "Like our Paralympic athletes from all other countries, our three Russian athletes have trained hard to make it to the Paralympic Games and we are troubled that today’s announcement means they cannot participate in Rio.

"Just as for the Olympic Games, we believe the individual International Federations should be given the opportunity to defend the rights of their clean athletes.

"Today’s IPC decision does not give us that opportunity.

"We will not embark on any reallocation process until the appeal period has expired and any potential procedures have concluded."

In contrast, the unanimous stance of the IPC Board has been warmly received by the British and Canadian Paralympian authorities.

The British Paralympic Association has issued a statement on the IPC’s "bold decision".

It added: "While we have real sympathy for those individual Russian Paralympians not going to Rio who train and compete clean, it is crucial for the integrity of our sport that those involved as well as the public feel confident that all necessary measures are in place to tackle doping and the playing field is level.

“The British Paralympic Association therefore congratulates the IPC on taking a clear stand based on the evidence provided to the McClaren Report and theirown subsequent investigation.

“We believe they have followed a comprehensive and proper process throughout and taken a bold decision on the back of it.”

"The Canadian Paralympic Committee’s President, Gaetan Tardif, responded that his organisation "applauds the International Paralympic Committee's strong leadership and continued stance on ensuring that our movement upholds the values of clean sport and fair play.”

The statement added: "The Canadian Paralympic Committee will now assess the impact of this announcement as it relates to any additions to Team Canada's quota and will work with the affected national sport organizations to determine an action plan."