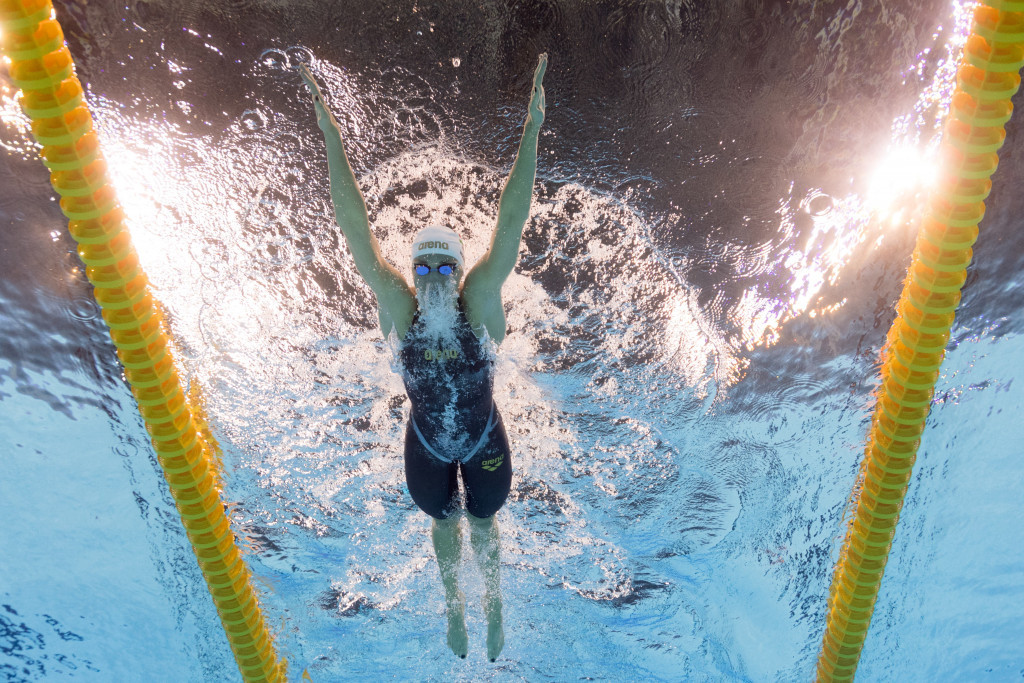 Hungary's Katinka Hosszu produced one of the great Olympic swimming performances to shatter a four-year-old world record by over two seconds in the 400 metres individual medley final here this evening.

It came on a night otherwise notable for two Australian gold medals, meaning the Oceanic nation have already improved upon their sole victory in the pool at London 2012.

Japan's Kosuke Hagino also claimed gold and the first swimming title of the Games in the men's 400m individual medley.

But it was Hosszu, the "Iron Lady" of Hungarian swimming who failed to win any medals at London 2012, who responded so brilliantly to top the bill.

After nearly breaking Ye Shiwen of China's record mark in the heats, the 27-year-old set off at a blistering pace on the final.

At one point, she appeared to be four seconds up on the world record before slowing, only slightly, to clock 4min 26.36sec.

“It’s just crazy that I’ve been able to swim two seconds faster than anyone ever, ever did,” she said afterwards.

Hosszu could yet become the most decorated athlete of these Games.

The five-time world champion is heavy favourite for the 200m individual medley and could also challenge in the 200m butterfly, 100m backstroke and 200 backstroke.

Horton produced a superb second half of the race to claim a surprise 400m freestyle victory over defending champion Sun Yang of China in 3:41.55.

Both men came charging through the field, but Sun - who served a three month doping ban in 2014 - did not quite have enough and could only touch second in 3:41.68.

“Don’t know if it was a rivalry between me and him, just me and an athlete who has tested positive I guess.”

His female counterparts Emma McKeon, Brittany Elmslie, Bronte Campbell and Cate Campbell also won from behind as they caught up and then overtook United States to win the 4x100m relay in a record 3:30.65.

Japan's Hagino had earlier secured the first gold of the night in the 400m individual medley after touching the wall first in 4:06.05.

It marked the first time in five Games an American had not won this event.

Top US hope Chase Kalisz managed silver in 0.70 behind as Japan secured another podium spot courtesy of Daiya Seto, who finished third in 4:09.71.

Britain's Adam Peaty was another star today with a world record in his 100m breaststroke heat of 57.55 ahead of tomorrow's final.