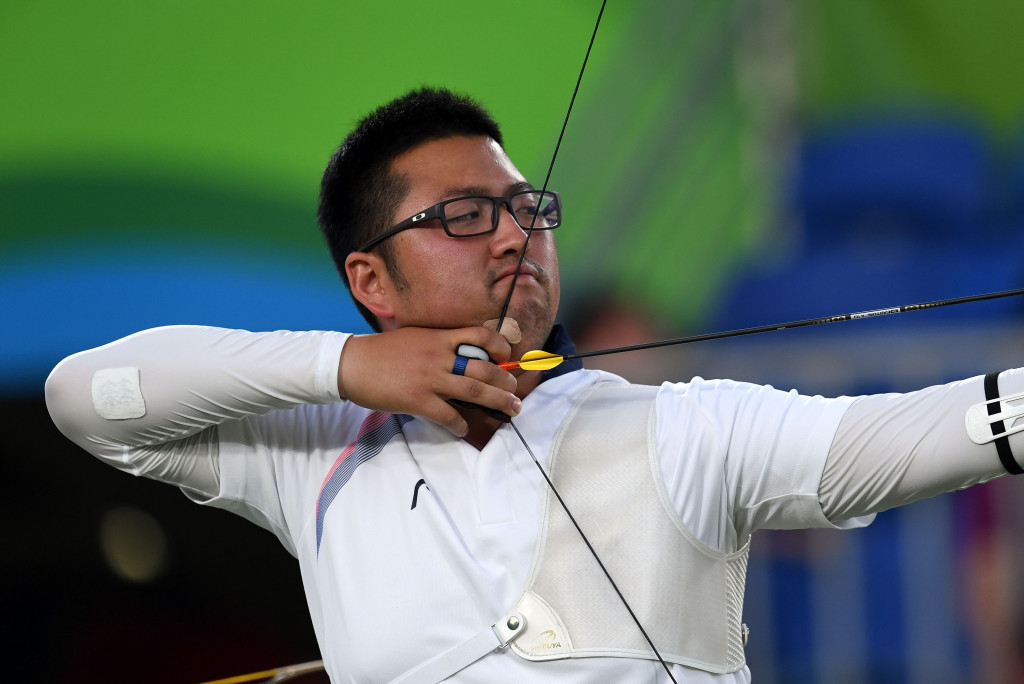 Kim Woojin, controversially left out of South Korea’s archery team for the 2012 Olympics in London, is making the most of Rio 2016 - having set a world record of 700 points in the men’s individual ranking round yesterday, he helped his team win the gold medal in the first final with successive 6-0 wins over the Netherlands, Australia and the United States.

“I’ve been waiting for this moment, to get gold, for four years,” said Kim, who missed out on Olympic selection last time despite having won the 2011 title and the 2012 World Cup, and who added a second world title last year.

."We trusted each other, and it happened. It just happened.

"We say that we believe in each other.

“We talk all the time to cheer each other on.

"Ku Bonchan was outstanding, but this was teamwork – everyone did good.”

It was the nation's fourth team title in the last five Olympics - they lost to the United States in the semi-finals at London 2012.

Australia won their first archery medal in 12 years by defeating China 6-2 in the bronze medal play-off.

Italy, the defending champions, went out 6-2 in the quarter-final at the hands of China.

In still, sunny conditions yesterday, Kim had scored 700 from 72 arrows.

This beat the previous mark of 699, set by compatriot IM Dong-Hyun in the ranking round at London 2012.

"I don't feel really excited about breaking the world record right now because today was just the ranking round and tomorrow  I have more important matches," he said.

"I keep practising continuously and do my best every match, that's why I keep this high standard all the time."