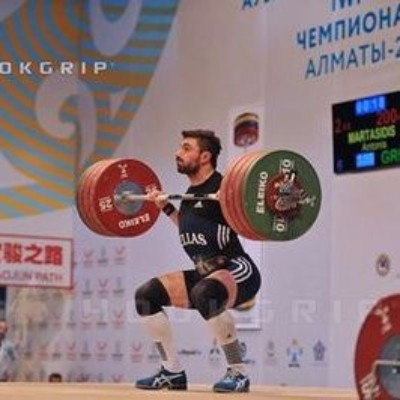 Cypriot weightlifter Antonis Martasidis and an unconfirmed Greek competitor have emerged today as the first two athletes sent home from Rio 2016 for doping.

Martasidis, who had been due to compete in the men's under 85 kilograms competition, failed a drugs tests in Athens on July 25.

He was notified of his failure just ours after his arrival here and had his accreditation stripped.

A sample by the Greek competitor also tested positive for unspecified substances during pre-Games testing in Athens.

Greek newspaper Kathimerini reports that the athlete concerned is swimmer Theodora Giareni, a silver medallist at the 2013 Mediterranean Games, who also competed at London 2012.

Irish boxer Michael O’Reilly has already become the first athlete to have failed a test at Rio 2016, but is thought to be still here in a separate part of the Athletes' Village to his team-mates.

According to the Irish Examiner today, O’Reilly has not requested a B-sample and has gone straight to an appeal.

“The leadership of the [Greek] Olympic team in Rio announces the positive first sample of a member of the team during drugs testing conducted in early July in Athens,” said the Hellenic Olympic Committee (HOC) in a statement.

“The Hellenic Olympic Committee has requested the testing of every Greek athlete taking part in the Games.

"The specific team member has now left the Olympic Village.”

According to Reuters, the test had been conducted on July 5.

Neither the athlete nor the sport is expected to be officially announced until the B-sample is tested.

It is a major blow for the 97-strong Greek team ahead of the Games getting underway, bringing back memories of the failures experienced by leading sprinters Konstandinos Kenderis and Ekaterini Thanou on the eve of Athens 2004.