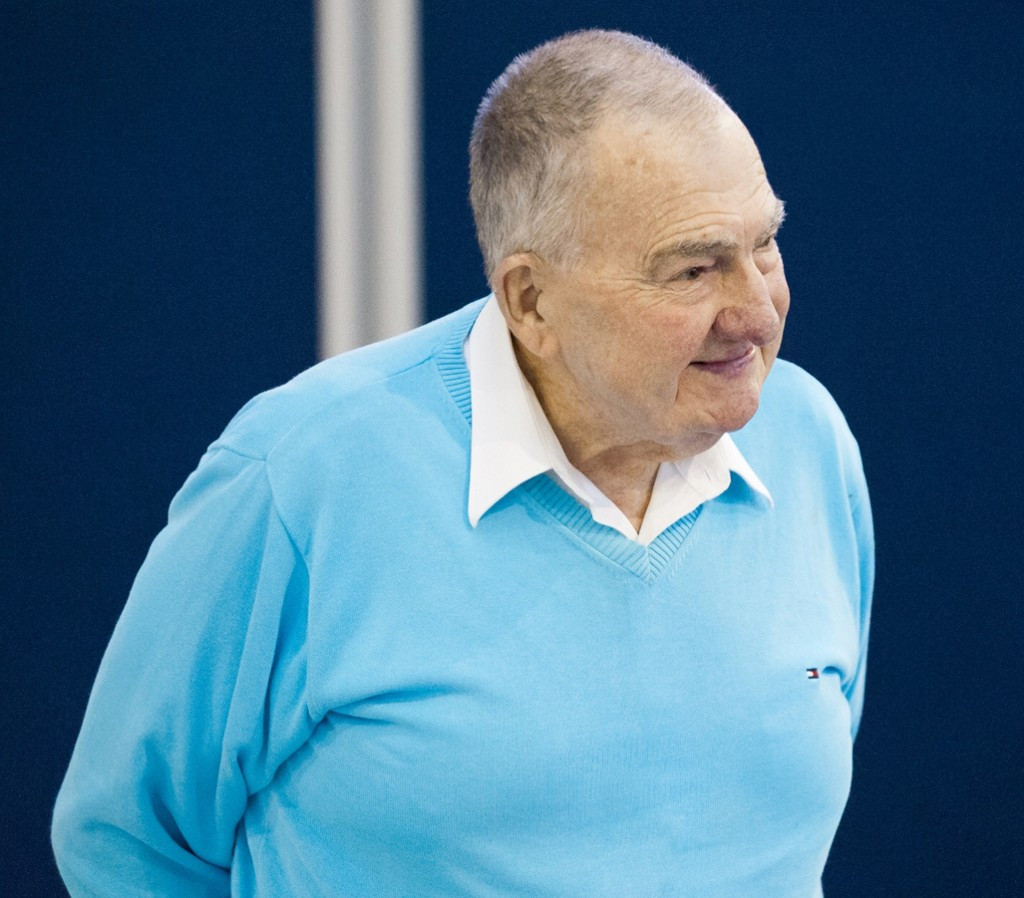 Australian swimming coach Forbes Carlile has died at the age of 95.

The wife of Australia's oldest Olympian, Ursula, told media that Carlile had passed away following a "short illness".

Success led to him being appointed as the Australian swimming coach for the 1948 London Olympics and the 1956 Melbourne Olympics.

He was scientific advisor at the 1960 Rome Olympics and at the 1964 Games in Tokyo he was head coach for the Dutch Olympic swimming team, before returning to coach Australia at the 1973 Belgrade World Championships, where the country won nine gold medals.

Carlile also competed in an Olympic Games in Helsinki in 1952, in the modern pentathlon.

During his coaching career, the Australian played a key role in guiding a number of their national swimmers, including Shane Gould, Karen Moras and Terry Gathercole.

Carlile was inducted into The Sport Australia Hall of Fame in 1989 as a general member, as a result of his contribution to the sport of swimming.

Bertrand recollected that he hung a plaque in his team’s rooms that said “our aim is not to produce champions, but to create an environment in which champions are inevitable".