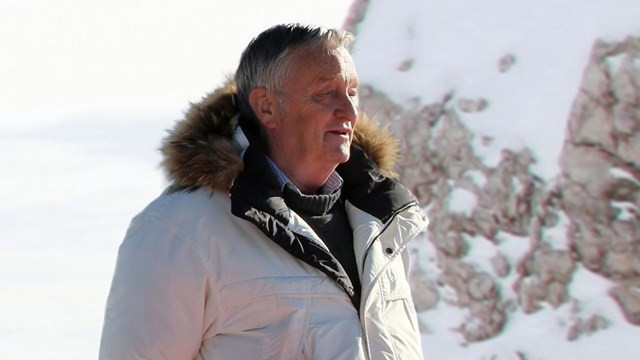 The report accused Russia's Sports Ministry of directly orchestrating a doping programme at the 2014 Winter Olympic Games in Sochi, with McLaren confirming and elaborating on the allegations of former Moscow Laboratory chief Grigory Rodchenkov.

It was found that the system extended far beyond Sochi 2014 and also allegedly included London 2012, the 2013 World Athletics Championships in Moscow and the 2015 World Swimming Championships in Kazan.

The cover-up started after what the report describes as Russia's "very abysmal medal count" at the 2010 Winter Olympic Games in Vancouver, where the country finished 11th with three golds, five silvers and seven bronzes.

At Sochi 2014, Russia topped the medal standings with 13 golds, 11 silvers and nine bronzes.

The McLaren Report alleged that Russia's Sports Ministry "directed, controlled and oversaw" a "unique" method of sample manipulation, involving a sample-swapping method where they had been able to open and reseal tamper-proof bottles.

Skating had the most "disappearing positives" with 24, with ice hockey and skiing having 14 and 13 respectively.

Biathlon was the next highest with 10, then bobsleigh with eight, followed by curling and snowboarding with two and one respectively.

Each of the Winter Olympics Sports Federations were asked by the International Olympic Committee to postpone plans to stage events in Russia in the aftermath of the report.

Major winter events coming up in Russia include this year's World Mixed Curling Championships in Kazan and the International Bobsleigh and Skeleton Federation World Championships in Sochi next year.

“As an organisation who is fully committed to the fight against doping and to protect the clean athletes, FIS will be following up any potential violations of the anti-doping rules and ensuring that any persons and organisations under its jurisdiction that are found to have been implicated in this sordid affair, will be duly punished.

“This latest doping scandal is another major setback for the image of sport, but it is also an opportunity to demonstrate that we will not tolerate cheating and such disrespect for the values of sport and fair play, as well as address the shortfalls of the anti-doping system so that the clean athletes can have confidence that such actions can never be repeated.”

Last week, the ISU stated the samples given by athletes who compete in their events could now be stored for up to ten years and reanalysed at any time after the governing body strengthened its anti-doping policy following the McLaren Report.

The ISU decided to implement a “Samples Long Term Storage and Reanalyse” policy, which they believe will allow them to "clamp down on skaters who make use of previously undetectable substances, or skaters who have evaded detection through standard testing”.

It allows them to target specific athletes based on intelligence and will enable them to retest urine and blood samples in the months leading up to major events, including the Winter Olympic Games.