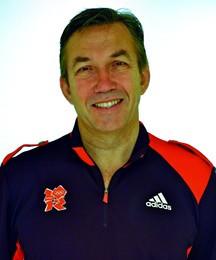 A member of the International Paralympic Committee (IPC) Medical Committee has said he is "disturbed" by the damning revelations in Richard McLaren’s report into state-sponsored doping in Russia.

Professor Nick Webborn, medical director of the Sussex Centre for Sport and Exercise Science and Medicine at the University of Brighton, and the chief medical officer for the British Paralympic team during London 2012, told insidethegames it was "very worrying" for him that the nation was complicit in the scheme.

The IPC Governing Board opened suspension proceedings against the country last week after they ruled that the Russian National Paralympic Committee (NPC) had failed to fulfil its IPC membership "responsibilities and obligations".

A key reason for the suspension proceedings being opened, according to the IPC, was that the Russian NPC appears "unable or unwilling to ensure compliance with and the enforcement of the IPC's Anti-Doping Code", which the organisation claimed was vital to ensuring that athletes are able to compete on a level playing field.

A decision is expected to be reached on whether the Russian NPC will be suspended from the Rio 2016 Paralympic Games on August 1.

It remains to be seen whether the IPC will take a different stance to the IOC, who opted against a blanket ban on Russia on Sunday (July 24) and left the responsibility on the extent of the country’s participation at next month’s Olympic Games to the International Federations.

"What disturbs me about the McLaren Report was kind of the state-organised doping and we’ve yet to see what the results are from the Paralympic athletes in terms of the testing - I’m not sure what that is going to show," said Webborn, a world-leading expert in disability sports medicine and an academic.

"But the fact that the nation was complicit in that is very worrying for me and my personal view, this is not an IPC view, but I know it’s shared by (IPC President) Sir Philip Craven, and I think that they should have done a complete [Rio 2016 Olympic] ban of the nation.

"To me, there’s been no contrition or apology for this; it’s just blame individuals rather than accepting it was a nationally-run programme with a specific aim of cheating to achieve success at a home Games."

McLaren’s report into alleged state-sponsored doping during Sochi, as well as in competitions in summer sports, claimed that 35 disappearing positive samples from the Moscow Laboratory had involved athletes at the Paralympics.

The IPC has confirmed that they have received the names of the athletes associated with the disappearing samples.

It has also been revealed that a further 19 samples, which were identified by the McLaren investigation as having potentially been doctored as part of a sample swapping regime, have been sent for further analysis.

"I’m interested to see what the IPC Governing Board come up with in their decision, whether that will be different to the IOC," added Webborn.

"Obviously it’s slightly different because the IPC are actually the International Federation for a number of sports; IPC Athletics, IPC Swimming etc.

"It would fall to them anyway so they don’t have the same complete get-out that the IOC has."

Asked about the problem of doping in Paralympic sports, Webborn highlighted powerlifting’s troubled past.

Powerlifting has long provided serious concern for the IPC and the sport has been plagued with doping cases, many of which came about after the 2014 World Championships in Dubai.

Georgia's Iago Gorgodze was handed a four-year ban in January of last year for testing positive for a prohibited substance and he will not be able to compete until 2018.

Those two cases came after Russia's Ilfat Mukhatarov tested positive for Indapamide ahead of the World Championships, while Ivan Palacios of Colombia was handed a reduced one-year ban after it was found he'd taken both Chlorothiazide and Hydrochlorothiazide for medical purposes.

"There is a fairly consistent history of doping in relation to anabolic steroid use in powerlifting," said Webborn.

"If you have a look at the records of adverse analytical findings you’ll see that it’s a fairly long and sorry story relating to that.

"The sport has been put under pressure to try and sort that out because if not, they may be removed from the programme."

A former representative of Great Britain in wheelchair tennis, he has been a member of the IPC Medical Committee since 2014 and will be in Rio de Janeiro for the Paralympics.