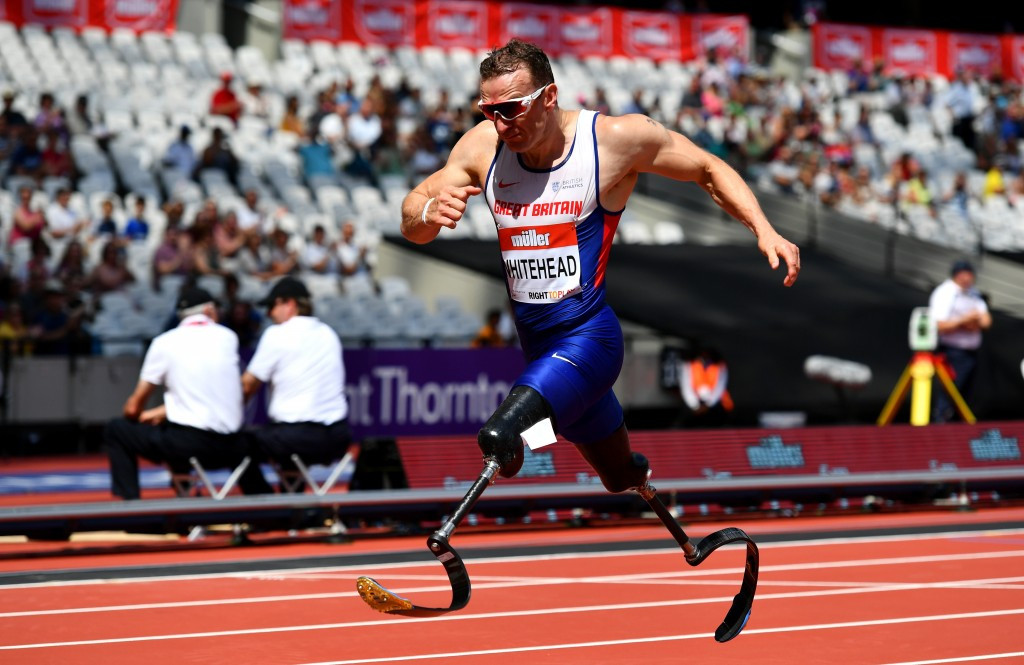 With less than eight weeks until the Paralympics get underway in Rio, home athletes Richard Whitehead and Libby Clegg provided the Muller Anniversary Games in London with world records in the International Paralympic Committee (IPC) Athletics Grand Prix Final held in the London 2012 stadium.

Running before the second day of action in the International Association of Athletics Federations’ Diamond League meeting, in the stadium where he won Paralympic gold over 200 metres in the T42 event, the 40-year-old Whitehead smashed his own world record for the second time in two weeks as he clocked 23.03.

Clegg, racing in only her third 200m ever with new guide Chris Clarke, and her first 200m with a blindfold, knocked a phenomenal 0.23 seconds off the 200m T11 world record set by Brazil’s Terezinha Guilhermina four years ago as she crossed the line in 24.44.

“I’m absolutely gobsmacked at how I have performed, I can’t believe it,” said Clegg, who was re-classified to the T11 class this month.

“I have been getting better and better with every race and I’m loving every minute of it so far.

“I have got high hopes for Rio and am feeling really positive about it.

“I am aware that most of my competition are Brazilian but I think it’ll be really exciting and I can’t wait to get there.”

Whitehead, whose 2012 winning time of 24.38 was also a world record, finished ahead of South Africa’s rising teenage talent Ntando Mahlangu, who clocked a personal best of 23.97.

“The goal is to go to Rio and put a solid 22 in - but I still wanted to lower that world record today.”

There was no London 2012 replay for Britain’s Paralympic champion Jonnie Peacock, however, as he was beaten in the T44 100m by Jarryd Wallace of the United States, who clocked 10.80.

Britain’s world, Paralympic and European champion Hannah Cockroft set a meeting record of 17.61 in the women’s 100m T34, but admitted afterwards that she had hoped for better.

“It was good but I did mess up my start,” said Cockroft.

“I came into this race thinking I could smash that world record -  I’ve been chasing it all season but it wasn’t to be today.

“I got the win, that’s the most important thing but I just can’t do that in Rio.

“It was important to come out and get the world lead.

"I may have been a little bit quiet so far this season but I’m pushing much better now.

There were also wins for Paralympic, world and European long jump T44 champion Markus Rehm of Germany with 7.96m, while US world silver medallist David Blair won the men’s discus F43/44 with 63.44m.